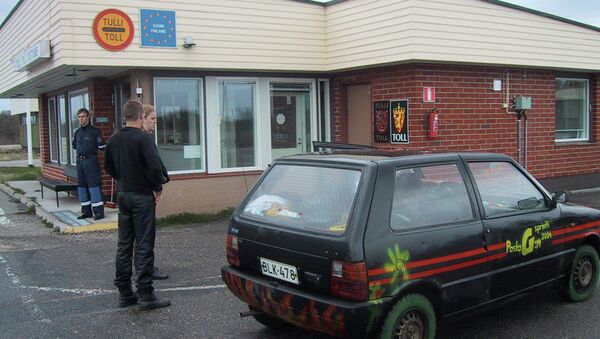 © Flickr / Henri Bergius
Subscribe
Finnish customs officers warn about the growing influx of designer drugs in the country, call upon the state's law-makers to adopt more general legislation in order to stop the drug trade.

Statistics Lag Delays Results of Opioid Drugs Restriction Effects - DEA
Finnish customs and police officials have expressed their deep concerns regarding a massive influx of designer drugs in the country.

According to Finnish media resources, customs officials intercept post containing designer drugs entering the state on a daily basis, along with new synthetic substances coming from abroad. Commenting on the increasingly alarming situation Finnish officials emphasized that the drug trade is being steadily bolstered by the Internet. Most of the drug deals are made online, they stressed.

"In the past there was no internet, so the market for these designer drugs was a lot smaller. At the time there wasn’t this open channel for orders," Customs Chief Hannu Sinkkonen told reporters.

Designer drugs, usually produced in underground laboratories, mimic existing illegal drugs although use a slightly different chemical structure in order to evade laws and regulations preventing their sale, distribution and consumption. Designer drugs have a similar effect to the more well-known illegal drugs, such as cocaine, morphine, or marijuana, however, many of them have dangerous side effects such as seizures, memory loss and death, experts warn.

Although customs laboratory workers can identify about 100 types of designer drugs, not all of them have yet been recognized as illegal under Finnish law. So far, law enforcers have failed to stop the trade, since drug producers simply create new compounds each year which are yet to be outlawed.

Finnish customs officials propose adopting more general legislation in order to fight the drug trade. It would be easier to halt the distribution of designer drugs  by having a "generic classification," they note. If the drug is meant to be used for the purpose of intoxication it could be immediately classified as a narcotic and prohibited from sale within the country.