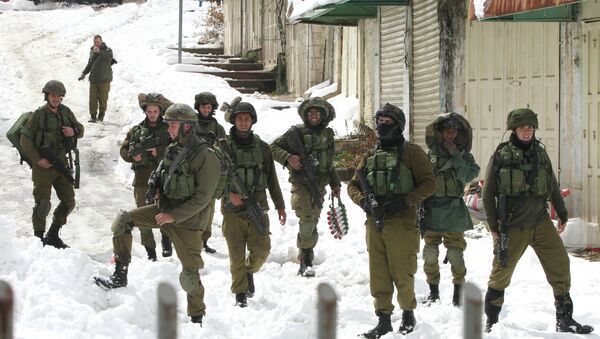 Israel Demands EU Return Hamas to Terror List
MOSCOW (Sputnik) – The group planned several terrorist attacks on Israeli targets, including against civilian settlements in the West Bank, the Shin Bet said. Some of the terror cell’s members had allegedly expressed willingness to carry out suicide attacks.

Two of the group's key members, Salam Abbas Saltan, a 28-year-old operative who previously served a term in Israeli prison, and his cousin, 20-year-old Sahaib Mamun Saltan, admitted that they had attempted to carry out a terror attack in the West Bank last December.

According to the Shin Bet, the two said during interrogation that they had tried to attract IDF soldiers to a site in Tel Rumeida where a powerful explosive was planted, by throwing a smaller explosive device. The attack was unsuccessful due to a technical malfunction.

In mid-2014, Hamas, which had de-facto control over the Gaza Strip, formed a unity government with the more moderate Palestinian Fatah party.