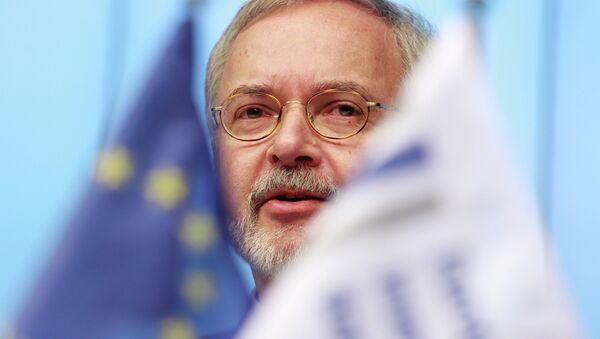 "The bank is ready to sign more than 1 billion euros [$1.1 billion] in additional loans to Ukraine for this year as part of the 3-billion package," Hoyner said.

He added that the European Council agreed to double the EIB's planned investment in Ukraine from 1.5 billion to 3 billion euros over the next three years.

In spring 2014, the International Monetary Fund (IMF) promised Kiev $17 billion in bailout loans, to be paid over the course of two years. In addition, several individuals Western countries allocated funds to Ukraine to help the country rebuild its economy and enact necessary structural reforms.