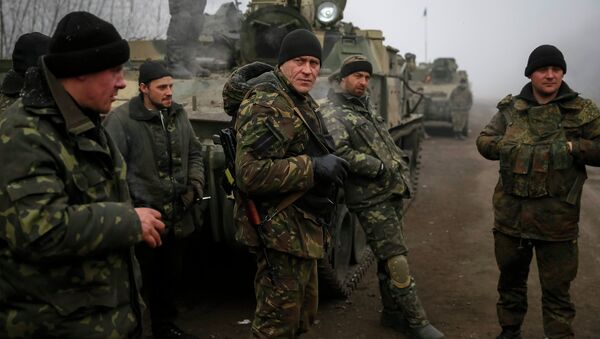 “As of today, 112 people were captured in Debaltsevo,” Poltorak told Ukrainian TV channel112.

The negotiations on prisoner exchange are under way and the swap may be conducted any time soon, the minister said.

There are no Ukrainian troops in Debaltseve, as all 2,130 soldiers left the town, Poltorak noted.

Debaltseve, a key transport hub located on the border between the two Ukrainian breakaway regions of Donetsk and Luhansk, has been highly contested lately by pro-independence forces and government troops, even after the ceasefire came into effect on February 15.

On Thursday, independence fighters said they gained control of Debaltseve and announced they were ready to swap all the Kiev troops captured in the town.

An all-for-all prisoner exchange was one of 13 points in the deal worked out last week by the Russian, Ukrainian, French and German leaders in Minsk.