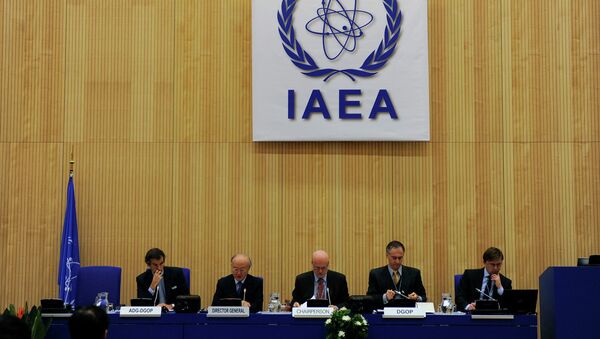 The revelations emerged from the trial of Jeffrey Sterling, a former CIA agent convicted of leaking details of a 2000 plot wherein the agency fed faulty blueprints for nuclear weapons to Iran in an effort to derail any weapons development efforts.

The International Atomic Energy Agency is the UN agency tasked with determining whether or not Iran has been pursuing a weapons program, and a judgement that they had not been could mean the lifting of sanctions against Iran.

This new information will likely mean a reassessment of their intelligence reports if evidence for Iran’s pursuit of nuclear weapons rested on planted blueprints supplied by the CIA, two diplomats told Bloomberg on condition of anonymity.

“This story suggests a possibility that hostile intelligence agencies could decide to plant a ‘smoking gun’ in Iran for the IAEA to find,” Peter Jenkins, the U.K.’s former envoy to the IAEA told Bloomberg. “That looks like a big problem.”

All of this comes at a time when the US and Iran are involved in pivotal negotiations about the future of any Iranian nuclear development. After US-Iran meetings, the talks will expand to include Britain, China, France, Germany and Russia.

As John Kerry heads to Geneva to resume talks, and the deadline for an agreement is just weeks away, all is not going smoothly. A recent IAEA report has said that Iran has not been cooperative in answering all their questions or allowing access to all the sites they would like to inspect.

“[T]he agency is not in a position to provide credible assurance about the absence of undeclared nuclear material and activities in Iran, and therefore to conclude that all nuclear material in Iran is in peaceful activities,” the report said of Iran’s resistance to certain inquiries.

However, part of the deadlock in negotiations has been Iran’s insistence that they have not pursued weapons and that evidence to that effect has been fabricated — claims which the CIA plot puts in a new light, and which the IAEA has apparently decided to seriously consider.

The plan to give Iranian scientists flawed nuclear blueprints had serious flaws in and of itself, according to the story that emerged in the trial of Jeffrey Sterling, convicted in January and facing up to 100 years in prison for leaking the details of the plot.

The CIA spent years coming up with nuclear plans they hoped, once passed off as real, would send Iran on a wild goose chase of weapons development. However, flaws in the plans were so easily spotted that the US may have inadvertently given Iran valuable information. This is the story — which the CIA claims isn’t entirely accurate —  that Sterling was convicted of  leaking to New York Times reporter James Risen. The case also garnered a lot of attention as Risen refused to give up his source, putting himself in danger of criminal prosecution as well.

Prosecutors claimed Sterling leaked the information and twisted the story to get revenge on the CIA. Sterling, who is African-American, had been the first agent to bring a racial discrimination lawsuit against the Agency.

“The defendant put his own selfishness and his own vindictiveness ahead of the American people,” federal prosecutor Eric G. Olshan told jurors during the trial’s closing arguments. “For what? He hated the C.I.A., and he wanted to settle the score.”