Report on Shelling Ukraine by Russia Based on Discredited Source - Experts 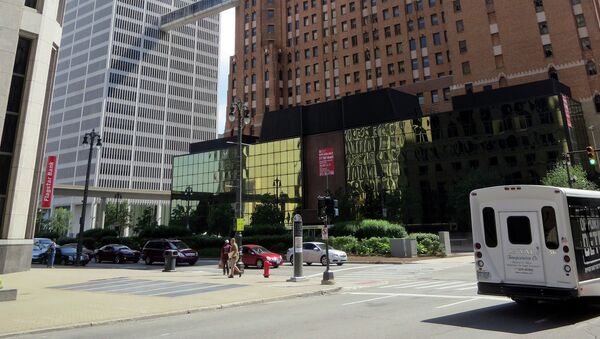 If You Can't Make It Fake It: UK Claims Russian Missiles in Ukraine
WASHINGTON (Sputnik) — A study reported by The Guardian news site alleging that artillery attacks on Ukraine military positions originated from Russia is based on inconclusive evidence from an unreliable and biased source who is trying to advance a US-NATO political agenda, experts told Sputnik.

“The western media is trying to prop up their failed narrative of ‘Russian aggression' by relying on a discredited blogger and his corporate media chums. Their conclusions are front-and-center because they align with the US-NATO political agenda,” geopolitical analyst and editor of StopImperialism.com, Eric Draitser, told Sputnik on Thursday.

Draitser explained that the study is founded upon faulty evidence that relies heavily on crater pattern analysis from satellite photos, a process that an independent military forensics expert said was scientifically unproven.

“The article also quotes Stephen Johnson, a UK Defense Academy weapons expert, who conceded that crater analysis was highly experimental and prone to inaccuracy,” he said.

US Senator Admits Being Duped Over Photos of 'Russian Invasion' in Ukraine
Draitser said the source of the study, Bellingcat, which describes itself as an investigative citizen journalism group, has been widely discredited and is notorious for propagating disinformation.

On Thursday, Sputnik learned that Higgins is a research fellow with a security organization whose board comprises individuals from UK policing and the British intelligence community.

“One of the report’s co-authors, Eliot Higgins, has a history of making false claims, including accusing Russia and anti-Kiev forces of shooting down MH17 based on photos that were never corroborated,” Draitser said.

Ukraine Registers 'No Unusual Military Activity' in Russia's Rostov Region
Draitser also pointed out that Higgins also accused Syrian President Bashar al-Assad of chemical weapons attacks that were refuted by a Pulitzer-prize winning journalist along with a highly-respected former chemical weapons inspector and his colleague from MIT.

The Guardian itself, Draitser added, has been accused of biased coverage of Russian actions in Crimea, including claiming that Russian vehicles crossed into Ukraine without verifiable evidence.

Patrick Armstrong, a former Canadian official, told Sputnik that crater analysis, which was developed in WWI, is not valid unless one is able to study the crater up close.

“You have to actually be at the crater to take meaningful measurements. In short, some of the satellite imagery isn't any good,” Armstrong said.

OSCE Head Confirms No Russian Troops in Donbass
Investigative journalist and Editor of Consortium News, Robert Parry, known for his role in covering the Iran-Contra affair, told Sputnik that Bellingcat was an unreliable source.

“I don't consider this Bellingcat group to be serious or credible," Parry said.

On Tuesday, Higgins wrote a joint news article with the Guardian's Diplomatic Editor, Julian Borger, based on a study by Bellingcat, that claimed, using satellite imagery and social media, Ukraine military positions came under fire from across the border in Russia last summer.