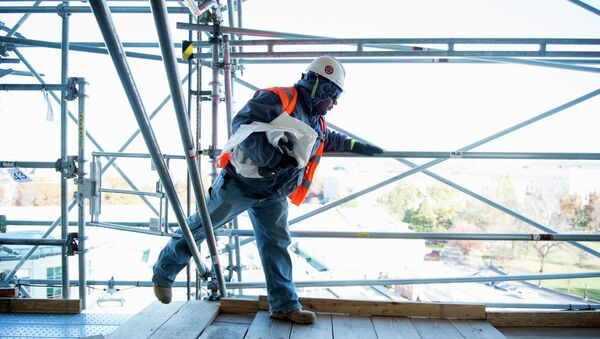 “[N]ew US trade agreements promote and enforce the rights of workers abroad, ‘levelling up’ rather than ‘leveling down’ and risking workers’ rights in the United States,” the report said.

With a rise in services like information technology and education, the report noted, the spread of multinational firms and worldwide subdivision of production has expanded the services industry globally. But the raise has also provided opportunities for middle class workers domestically, as well as globally.

The US service sector has successfully expanded with $710 billion in trade or 30 percent of total US exports, according to the report.

But US imports also helped the service sector expansion with $479 billion or 17 percent of total US imports measured for 2014, the report said.

In 2014, services trade represented a significant 6.9 percent of the US Gross Domestic Product, and the expansion represents extended growth since 1980, the report said.

Over a 34-day period in 2014, US Service exports grew by 613 percent despite an overall trade deficit the US continues to experience, the report added.

The Economic Report of the US President is an annual report written by the Chair of the US Council of Economic Advisers, and provides an overview of the nation’s economic progress.