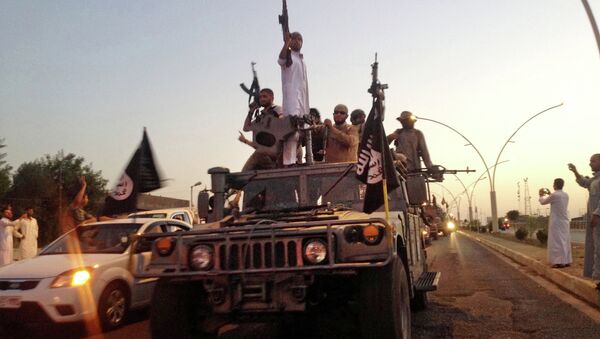 Russia’s Federal Security Service Director Alexander Bortnikov said that the exchange of intelligence between Moscow and Washington in the fight against Islamic State was possible.

"Quite possible," Bortnikov said when asked if the exchange of intelligence between Moscow and Washington in the fight against Islamic State is possible.

The Washington, DC Summit on Countering Violent Extremism participants agreed not to politicize cooperation in anti-terrorism field and stay in contact, Bortnikov said.

Bortnikov participation at the summit was disclosed at the last minute when Russia decided to expand the number of its delegates.

Relations between the United States and Russia, including counterterrorism cooperation, have deteriorated after Crimea reunited with Russia in March 2014, and an armed conflict erupted in eastern Ukraine.

The United States and its allies have imposed multiple sanctions against Russia’s banking, energy and military sectors, as well as several high-profile individuals over Moscow’s alleged involvement in Ukraine’s internal affairs. Russian authorities have repeatedly denied any involvement in the Ukrainian crisis.

Some 20,000 People Fight Alongside ISIL in Iraq

Up to 20,000 citizens from some 100 countries are fighting in Iraq on the side of the Islamic State extremist group, Russia’s Federal Security Service (FSB) Director Alexander Bortnikov said.

Turkey Deports Over 1,000 Foreigners Suspected of Joining ISIL in 2015
“At the moment, some 100 countries are involved in the Iraqi conflict. The number of [foreign] participants that are fighting alongside Islamic State has grown from 13,000 to 20,000 – that is our estimate,” Bortnikov told journalists.

The FSB director took part in the Summit on Countering Violent Extremism in Washington.

Up to 1,700 Russian citizens could be fighting in Iraq, Director of Russia's Federal Security Service (FSB) Alexander Bortnikov added.

"At the moment, there are some 1,700 Russian citizens in Iraq, and this number almost doubled over the past year," Bortnikov told journalists.

Bortnikov also said that it was important to prevent people from leaving countries to fight in Iraq for the Islamic State extremist group and to prevent possible terror attacks by those who return to their home countries.

Iraq, as well as Syria, is currently suffering from the advancement of Islamic State that has already captured large areas in both countries.

Islamic State militants have been fighting in Syria since 2012. In summer 2014, the extremists launched a military operation in Iraq.

The international community is making attempts to hamper the Islamic State advance by conducting airstrikes against the militants' positions both in Syria and Iraq. The coalition of more than 60 countries carrying out the strikes is led by the United States.

“All [antiterrorism] initiatives have to be implemented under the auspices of the UN,” Bortnikov said on Thursday, commenting on the White House’s Countering Violent Extremism summit.