What's the Deal? Calls for Overhaul of British Political Donations 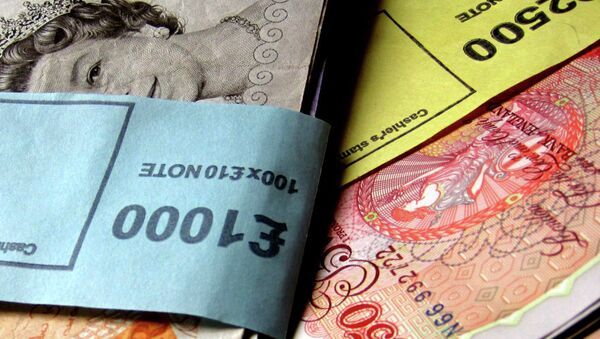 There are renewed calls to limit the amount of private donations made to British political parties, with a new report raising concerns about the perceived influence of political donors, amid fears of more funding scandals.

Funding reform campaigners, the Electoral Reform Society (ERS) have released a report calling for restrictions to be implemented on the amount of money political donors can make in the UK, in the hope of putting to an end what it perceives as a "big donor culture" in Britain.

The ERS say limiting donations to smaller amounts would ultimately reduce the influence political donors may have on government policy.

As part of the ‘Deal or No Deal: How to put an end to party funding scandals' report, the ERS also recommended increasing public funding of political parties to supplement private donations, while they have called for the introduction of a cap on the amount of money political parties can spend on election campaigns, ending the so-called "arms race" of advertising and campaigning in the lead up to an election.

Public Concerned About the Influence of ‘Dodgy Donors'

The ERS' findings suggest there is significant public support for reform, with 61 per cent of those surveyed saying the current party funding system is corrupt and in need of a change.

The results also indicate a significant lack of public trust in the integrity of political parties and their donors, with 75 per cent of people saying they thought big political donors had too much influence on political parties, while 65 per cent believe that donations can effectively be used to buy knighthoods and other honours.

75% of people believe big donors have too much influence over political parties. How to break the logjam? http://t.co/qF8101pbmb

This follows the "dodgy donors" scandal earlier this month, when Prime Minister David Cameron's Conservative party was accused of accepting donations from HSBC account holders, amid claims some officials from the company were involved in "industrial scale" tax avoidance schemes.

HSBC's deputy-chairman gave £717,500 to Tory funds. We will never deal with tax evasion until we reform party funding http://t.co/XoH27CDCSS

Darren Hughes, Deputy Chief Executive of the Electoral Reform Society says major changes need to be made to avoid further conflicts of interest.

"The public are sick to death of party funding scandals, and the latest revelations have simply added more fuel to the fire.

"Whatever the outcome in May, the next government has to get to grips with the way parties are funded. The litany of suspect deals and shady funding practices revealed over the past few years shows that unless serious action is taken, the next scandal will be just around the corner."

Independent party funding watchdog the Electoral Commission released figures revealing Britain's major parties received more than £65 million in donations and loans in 2014, close to double the amount received in 2013 and a 31 per cent increase on donations compared to the last pre-election year.

Re Stanley Fink: it's weird how millionaire donors tend to give so much more BEFORE becoming peers and not after: http://t.co/48qBAC9ihK

The figures indicate that funding for the May 2015 general election could be the highest in British political history further increasing concerns over the influence of major donors.

Following the release of the donation statistics, Katie Ghose, Chief Executive of the Electoral Reform Society said that the "arms race" between the major parties was intensifying and would have "damaging implications for our democracy."

"It's time to clean up party funding once and for all, and put an end to the seemingly endless procession of donor scandals."