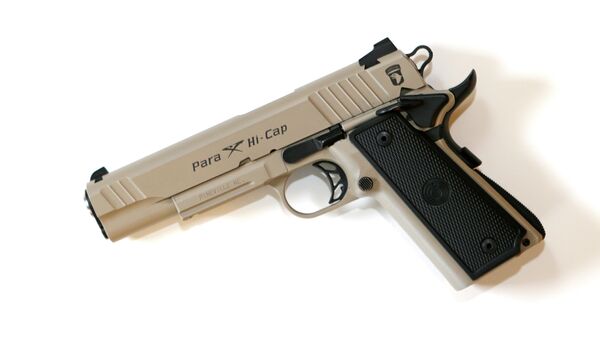 A survey shows that 67 percent of male and 86 percent of female students are against the new blueprint, considered by 11 states.

Untold Story of Child Abuse and Mistreatment at US DCFS Facilities
MOSCOW (Sputnik) — Eleven American states are considering a new bill permitting students to carry guns in colleges as a means of dealing with sexual assaults, The New York Times reported.

Carrying a gun in college is currently forbidden in 41 states either through legislation, or by the colleges themselves; in nine other states it is permitted with some restrictions, including a ban on taking guns into classrooms and dormitories.

Those who back the law claim the measure could be the only way to prevent sexual assaults on campus, while its opponents argue that the access to guns may cause an increase in accidents among students.

US Government Failing to Legally Protect Children From Abuse, Neglect
According to the Washington Post's analysis 55 percent of about 1,500 high schools where the number of students is more than 1,000 had at least one case of sexual assault on campus in 2012.

Americans have the right to carry arms due to the Second Amendment to the country's Constitution. According to a Pew Research Center survey, 34 percent of Americans had a gun in their home in 2014.

In 2007, 33 people were killed in Virginia Polytechnic Institute and State University in Blacksburg, Virginia Tech, during two attacks carried out by student Seung-Hui Cho who committed suicide after the incident. There have been about 20 other cases of shootings on campus in recent years in the United States.