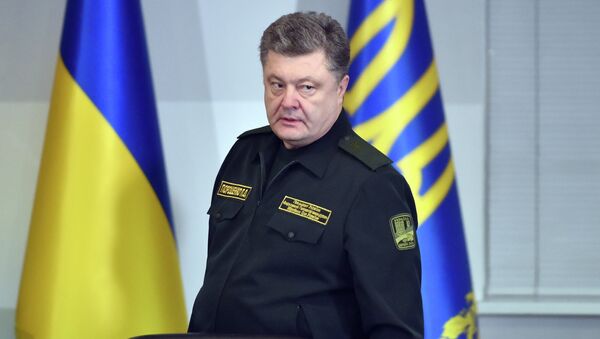 Police mission of the European Union is the best format of the international presence in eastern Ukraine, Poroshenko said Wednesday.

KIEV (Sputnik) — Ukrainian President Petro Poroshenko said Wednesday that the police mission of the European Union is the best format of international presence in eastern Ukraine.

“We see that the best format for us is the police mission of the European Union. We are confident that this would be the most effective, the most optimal guarantee in this situation, which developed because the word of peace is not respected,” Poroshenko said.

The missions are usually deployed in the conflict-torn countries.

The crisis in Ukraine escalated in April, when Kiev authorities launched a military operation against independence fighters in eastern Ukraine who refused to recognize new government, which came to power after what they considered to be a coup in February.

According to the Organization for Security and Co-operation in Europe (OSCE), the truce is generally holding, except for the Debaltseve area.