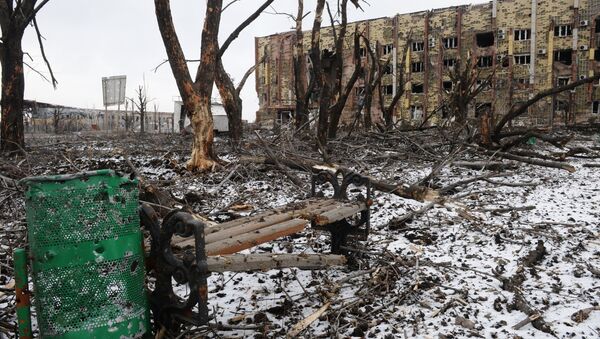 The charges include "planning, preparations, incitement and the launch of an aggressive war by Ukrainian state officials," the news agency cited the ruling on the opening of the criminal case.

Aside from Poroshenko, charges have been filed against Prime Minister Arseniy Yatsenyuk and Ukrainian National Security and Defense Council's secretary Oleksandr Turchynov.

This came after the UN Security Council endorsed on Tuesday a Russia-drafted resolution that called on Kiev authorities and east Ukrainian militias to respect the ceasefire deal, agreed upon in Minsk last week.

In April, the coup-imposed Kiev government announced a military operation to crack down on independence supporters in the breakaway regions of Donetsk and Luhansk in eastern Ukraine. The hostilities have since claimed over 5,600 lives, according to the latest UN estimates.