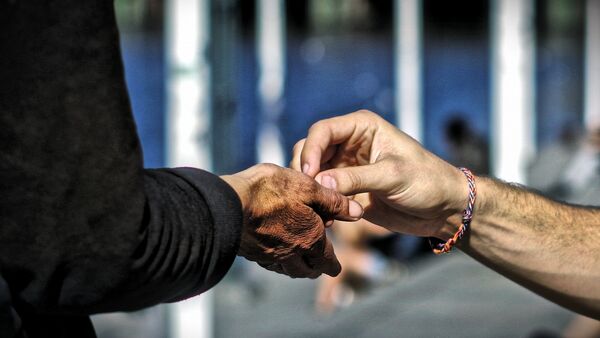 © Flickr / Fabian Bockholt
Subscribe
A homeless woman in Ohio who was raped last year while sleeping under a bridge sometimes had to walk up to eight miles for court appearances to ensure the man who victimized her wouldn’t go free.

According to the Associated Press, the Columbus police said the unnamed woman’s court appearances greatly aided in the conviction of 54-year-old Paul Hubert.

The woman testified that Hubert repeatedly struck her over the head before raping her. Hubert’s DNA was already in the statewide database from a prior 2007 conviction for stolen property.

After the year-long legal battle, Hubert pleaded guilty and was sentenced to three years in prison.

"He was counting on her not showing up," detective James Ashenhurst told the Columbus Dispatch. "If it wasn't for her cooperation, he would have walked."

The woman told the Dispatch she had to make about six court appearances; she was given money by passersby or bus passes by prosecutors to get to court, but she had to walk the eight-mile trek to the courthouse on at least two occasions.

Prosecutor Michael Hughes praised the woman by telling the judge of her efforts to aid in Hubert’s conviction.

"Not in every case do we have people who show this kind of resolve," Hughes told the Dispatch "She always got here, no matter what her circumstances."

"I didn't want to see him do it to anyone else," the woman told The Columbus Dispatch. "If he would do that to me, imagine what he might do to his next victim."

Hubert did not make a statement in court. Brian Riggs, Hubert’s attorney, explained Hubert had a problem with drugs and alcohol turned him into “a completely different person.”

The woman has been homeless for two years and now hopes to find a place to live soon.