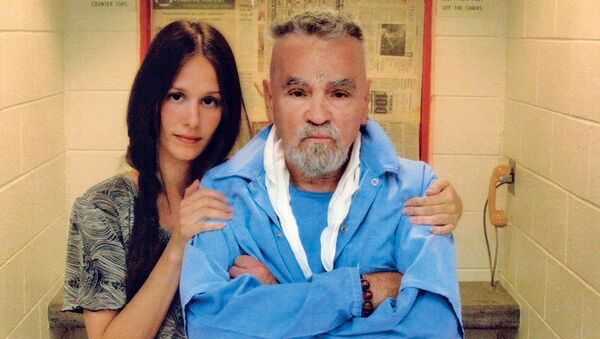 © Polaris/MansonDirect.com
Subscribe
In her first interview, Afton Elaine Burton confirms her intent to marry her fiancé, one of America’s most notorious villains, walking antithesis to 1960’s counterculture, and convicted murderer, Charles Manson.

In 1968, Charles Manson listened to the Beatles’ song, “Helter Skelter,” and found what he believed to be an encoded message about an impending race war. To encourage the arrival of that war, Manson ordered his cult, known as the Manson Family, to kill nine people near Hollywood, California. He is currently serving life in prison.

Despite all of this, his psychopathic leanings, his life in jail. Despite their age difference, him being 80, her only 27. And despite the fact that Manson wears a swastika tattoo in the middle of his forehead, Burton is determined to marry him.

“Yes, I am going to marry Charlie Manson!” she told Inside Edition. “I think he’s the most handsome man in the world.” 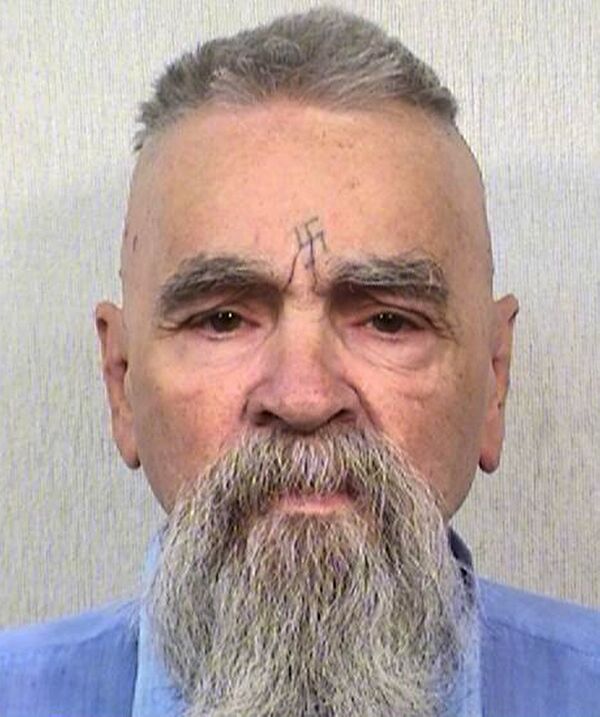 Burton, who calls herself Star, became obsessed with Manson as a teenager. Nine years ago, she moved into a house just outside of the Central California prison to be closer to the murderer.

“I just thought he was the cutest thing,” she said. “He probably asked me ten times if I wanted to get married.”

Burton’s mother says that she loves her daughter, but no family members will be attending the wedding. A select few would have been invited, anyway, since the prison will only allow 10 outside guests to attend.

Even after marriage, the prison will not allow conjugal visits.

“This is someone who probably is pretty delusional in thinking that what she is doing is very honorable, very healthy, when it’s everything but,” psychologist Jeff Gardere said of Burton, talking to Inside Edition.

“I could take very good care of him,” Burton said.

Stranger still, the New York Post reported that Burton is primarily interested in marrying Manson so that she will gain control of his body after he dies. That report claimed Burton intends to display the mass murderer in a glass coffin and charge viewers an admission. The Burton family denies these claims.

Manson was able to manipulate his cult into following his every word, so it should come as no surprise that Burton is not the first woman he’s wooed. During the Manson trial, female defendants shaved their head in solidarity with their leader.

A photo of Burton has surfaced, also depicting her with a shaved head. In this photo, she also wears a crudely drawn swastika.