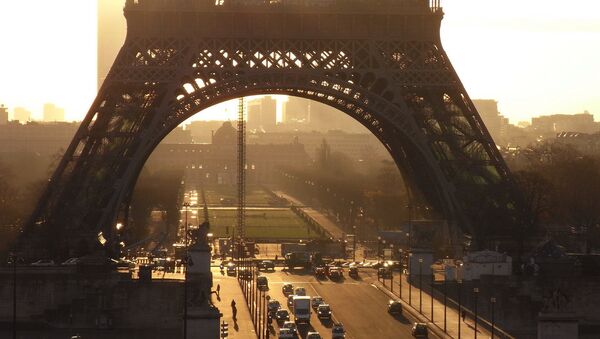 An Israeli journalist, wearing obviously jewish attire, walked ten hours across Paris using a hidden camera to record his own experience of the danger of being a Jew in France’s capital.

Zvika Klein, a reporter for Jewish news outlet NRG, published Sunday a video of his experiment, which showed an alarming rate of anti-Semitism in Paris. He silently walked in the city wearing his obviously Jewish attire – a kippah, also known as a yarmulke, and a tzitzit (specially knotted ritual fringes).

Klein began his report with the following words: “Welcome to Paris 2015, where soldiers are walking every street that houses a Jewish institution, and where keffiyeh-wearing men and veiled women speak Arabic on every street corner.”

The one and a half  minute video called “10 Hours of Walking in Paris as a Jew” was inspired by an experimental film made by an American woman who wanted to show the level of sexual harassment on New York's streets.

Klein spent a day in Paris with a bodyguard while photographer Dov Belhassen documented the events of the walk using a GoPro camera hidden in his backpack.

The video showed at least two people spitting in the direction of the journalist, pointing fingers at him and spewing various insults: “homo”, “Jew”, 'Viva Palestine', "Hey you, with the kippah, what are you doing here?" etc.

One shocked boy even asked his mother, “What is he doing here, Mommy? Does he not know he will be killed?"

Klein stated that tourists had a "relatively calm" attitude to him and the most insults he faced were in the Sarcelles suburb.

“The further from them we walked, the more anxious I became over the hateful stares, the belligerent remarks, and the hostile body language,' he wrote.

The video states that attitudes towards Jews in France are worse than in other Western European countries. The number of anti-Semitic incidents in France has doubled since 2013 and reached 851 last year.