Moscow Only Place for Talks on Syrian Reconciliation 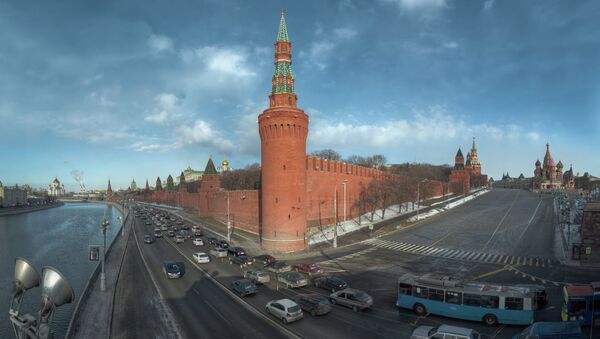 Syria announced Moscow is the only venue to hold intra-Syrian negotiations.

DAMASCUS (Sputnik) – Moscow is the only place that can host intra-Syrian negotiations, Information Minister Omran Zoubi told RIA Novosti on Tuesday. Between January 26 and 29, representatives of the Syrian government and the opposition took part in peace talks in Moscow, seeking to end hostilities in the country.

"We come to Moscow because we trust the Russian government… Based on it, we participated in the consultations. Any other venue is out of discussion," Zoubi said.

He said that a possible forthcoming rounds of talks should bring results, but it was too early to predict what the upcoming negotiations would be like. The minister pointed out the importance of having a dialogue between the conflicting parties.

After the Moscow talks in January, a Syrian opposition delegate told RIA Novosti that a second round of intra-Syrian negotiations could take place in the Russian capital in late February or early March.

Zoubi also said that it was Moscow who decided to hold the talks behind closed doors. He noted that the organizers of the Syrian reconciliation talks in Geneva in January 2014 intentionally invited numerous media representatives aiming to use the Geneva talks "as a platform for an information attack on Syria and its policy."

Syria's internal conflict began in 2011, with the country's army fighting a number of opposition and rebel groups, including Islamic State. So far, the civil war in the country has claimed the lives of some 200,000 people, according to UN estimates.