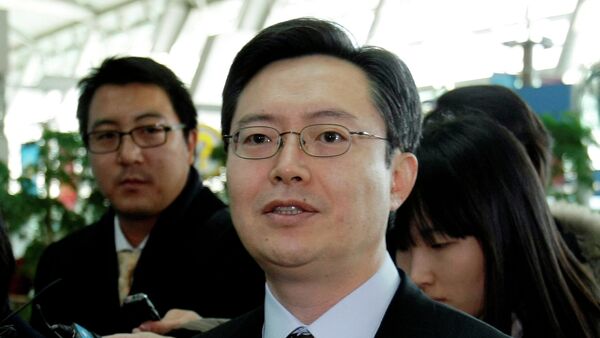 The six-party talks, comprising North Korea, South Korea, Japan, China, Russia and the United States, were launched in 2003, following Pyongyang's withdrawal from the Nuclear Non-Proliferation Treaty. The negotiations stalled in 2009 after North Korea refused to take part in the discussion and carried out several nuclear tests.

According to a press release on South Korean Foreign Ministry website, the negotiator will be in Russia from February 23 to February 25. He is expected to meet with Igor Morgulov, Russian Deputy Foreign Minister and the delegate to the North Korean nuclear issue talks.

Asia
North Korea Tests More Missiles as Tensions Grow
"In the meeting, the two sides will discuss the overall situation on the Korean Peninsula and in particular, ways to address the North Korean nuclear issue down the road, including resuming denuclearization talks," the press release read.

The announcement follows the trilateral meeting of envoys from Japan, South Korea and the United States in late January in Tokyo on the prospects of resumption of six-party talks on denuclearization of the Korean Peninsula.

Pyongyang started to test its nuclear weapons in 2006. In February 2013, the country tested its most powerful weapon yet.