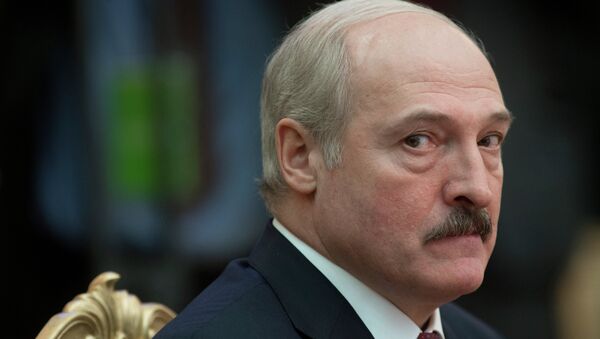 © Sputnik / Sergei Guneev
/
Go to the photo bank
Subscribe
Belarusian President Alexander Lukashenko has stressed the importance of the practical implementation of Minsk agreements on Ukraine.

US Leadership Notably Absent at Minsk Talks - Former US Ambassador to UN
MINSK (Sputnik) – Belarusian President Alexander Lukashenko has emphasized that the recently-signed Minsk agreements on Ukraine are highly important and need to be strictly implemented in order for the crisis in Donbas to end.

G7 Ready to Adopt New Measures if Minsk Agreement Violated
The Contact Group on Ukraine, which includes representatives from Russia, Kiev, the self-proclaimed people's republics of Donetsk and Luhansk (DPR and LPR) and the Organization for Security and Co-operation in Europe (OSCE) agreed on a number of measures aimed at ending the conflict in southeastern Ukraine on Thursday. The agreement was signed at the conclusion of a meeting between Russian President Vladimir Putin, his Ukrainian counterpart Petro Poroshenko, German Chancellor Angela Merkel and French President Francois Hollande in Minsk.