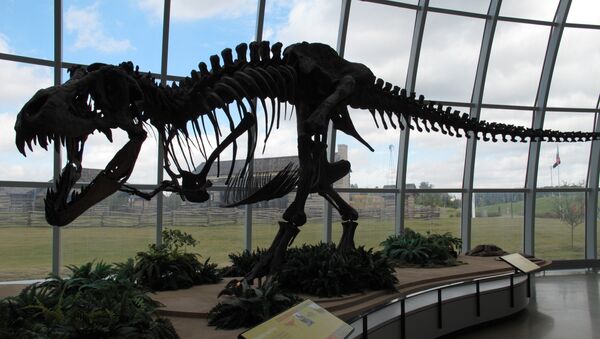 © Adrian Sainz
Subscribe
In a story that encompasses 65 million years’ worth of ignorance, a woman took to the online parenting forum Mumsnet to rant about “the dinosaur myth” and its impact on children.

“I’m getting sick and tired of dinosaurs being forced on our children,” is the first of many incredible lines of a post from “CADministry” – CAD referencing a group to which the user belongs, Christians Against Dinosaurs.

She goes on to doubt the “flimsy” science behind the existence of dinosaurs, saying that they never existed and Charles Darwin’s writings on evolution proved as much. 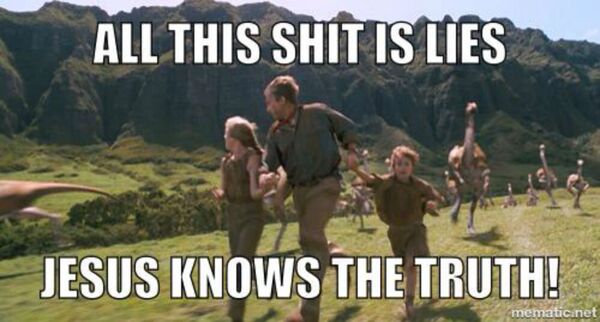 In this still from a film produced by Christians Against Dinosaurs, 65 millions years of history is ignored.
© mematic

The fictional creatures were invented, the woman asserts, by “curio-hungry Victorians” in the 1800s. Before that, no one had ever even heard of dinosaurs.

In addition to the flawed science, dinosaurs are a very bad example for children, the author offered.

One of her children’s classmates had his mind poisoned when he was exposed to dinosaurs. The boy became “bestially-minded” and ran around the classroom roaring and pretending to be a dinosaur. He even bit three children, the user wrote, during a traumatizing ordeal that brought several children to tears.

Some of the author’s most outlandish claims, like the one about dinosaurs’ “total lack of family values,” had the Internet wondering if the post was written in jest.

But dinosaurs are no joke, because according to CADministry, the fictional creatures drive apart families, as she discovered when her two youngest sons received dinosaurs as Christmas gifts from their aunt.

“After telling her to get out of my house I burnt the dinosaurs,” the author wrote, bringing to mind visions of a prehistoric Salem. “My children were delighted because they know that dinosaurs are evil. I am fortunate that my family has been very supportive, and has disowned my children's former aunt.”

But if Christians Against Dinosaurs turns out to be a hoax, it’s a comprehensive one. In addition to 6,700 members on Facebook, the group has Twitter and YouTube accounts that date back weeks and months, respectively.

In one YouTube video, a woman says that the world is only 6,000 years old – "that's pretty indisputable," she asserts.

CADminsitry also has brought her message to other forums. In one post, she took aim at fans of heavy-metal music, calling them “long-haired deviants” who are “unGodly, smelly and seem to revel in insulting Jesus Christ.”

But in an effort to find some common ground, Christians Against Dinosaurs “commissioned a special report” to find out where metalheads stand on the subject of dinosaurs.

“After all,” she wrote, “we are all God's children, except maybe those funny Norwegian ones in their clown makeup”