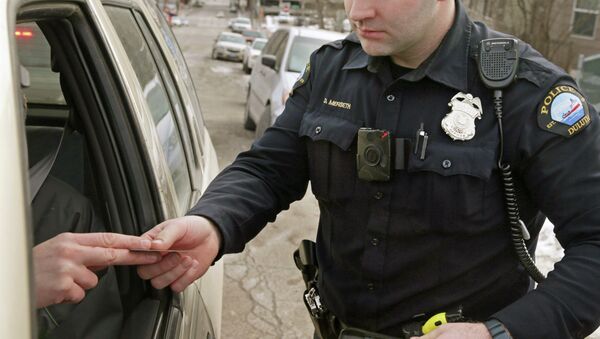 Days after civil rights lawyers filed lawsuits accusing authorities in St. Louis, Missouri suburbs of illegally jailing residents for unpaid fines, state lawmakers passed a bill that would limit the amount of revenue a municipality can make from citations.

The Missouri Senate on Thursday passed a bill that would make it illegal for a municipality to have more than 20% of their revenue come from traffic tickets and fines in 2016, and that drops to 10% in 2017. The current allowable amount is 30%.

The bill, sponsored by Senator Eric Schmitt, passed unanimously, 34-0. It now goes to the Missouri House. 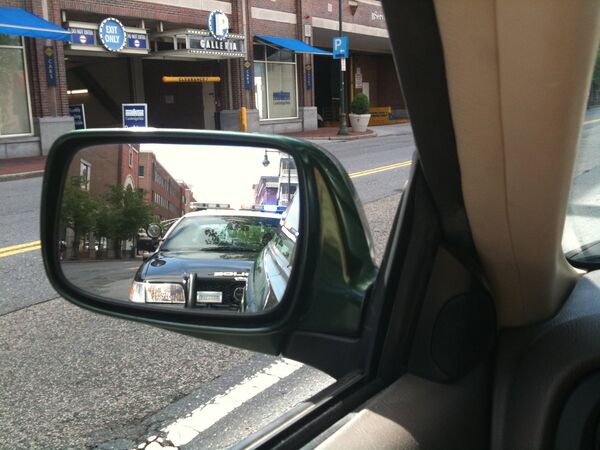 The proposed law could reduce the number of ticket-happy cops in Missouri.
© AP Photo / kbrookes

According to Senator Schmitt, 14 municipalities in St. Louis County, roughly 1 out of 6, collect more money from traffic tickets and fines than from any other source.

St. Ann is among the 21 north St. Louis County municipalities that collect more than 20% of their revenue from traffic tickets and fines. KMOV reported.

“People ought to be offended that police departments are being used this way by their mayors and city managers who view citizens of those communities and surrounding communities as ATMs for their governments” Schmitt said.

Organizations supporting the bill include the St. Louis Tea Party and the American Civil Liberties Union.

“If the St. Louis Tea Party coalition and the ACLU are on the same page on something, we must be going down the right path,” Tea Party leader Bill Hennessy recently told a legislative committee, moments after a local ACLU leader had testified in support of the bill, the New York Times reported.

But Edmunson Mayor John Gwaltney, whose municipality would be affected greatly by the bill, protested that tickets help pay for the police department. He insists that a drop in the number of traffic citations could eventually lead to “anarchy.”

“What's next don't write tickets or arrest someone for breaking into a home?”

Edmunson, a city of about 800 residents, gets roughly a third of its revenue through municipal court. Last year, when the number of tickets issued plunged, the mayor wrote police a memo and included it in envelopes containing their paychecks.

Gwaltney’s memo said that he had noticed a "marked downturn in traffic and other tickets," reminded officers "the tickets you write do add to the revenue on which the Police Department is established, and will directly affect pay adjustments at budget time," KMOV reported.

The mayor claimed he “was trying to motivate them to do their job and do it right … tickets are the only way.”

An October study by the nonprofit group Better Together found that municipal courts in St. Louis and St. Louis County collected nearly half of the $132 million in fines paid statewide, despite being home to fewer than one in four Missourians.

In Ferguson, which has about 21,000 residents, revenue from citations was the second-largest source of income, accounting for $2.6 million of $20 million collected, the Washington Post reported. Traffic-fine revenue there has increased 44% since 2011.