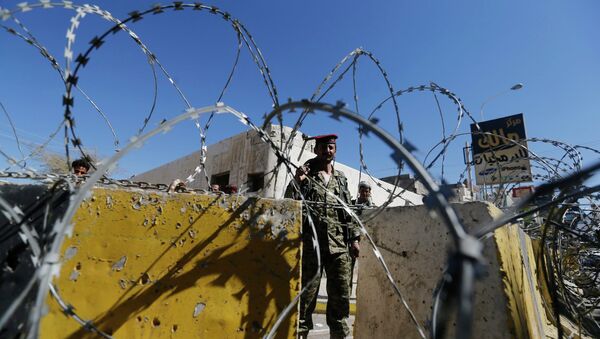 An explosion in the city of Seiyun, an al-Qaeda stronghold, was followed by skirmishes between the terrorists and Yemeni security forces.
Saudi Arabia Suspends Embassy Work in Yemen As Tensions Pick Up
MOSCOW (Sputnik) — Two explosions were heard Friday in Yemen's eastern Hadhramaut province, a local source told Sputnik news agency.

The first blast went off outside an airport in the city of Seiyun, a stronghold for the local al-Qaeda militant group known as al-Qaeda in the Arabian Peninsula (AQAP). The explosion was followed by clashes between al-Qaeda fighters and Yemeni security services.

The second explosion erupted on a road between Seiyun and the town of Shibam to the northeast when a drone strike hit a moving car, eyewitnesses said.

The source in Yemen told Sputnik no reports of casualties were immediately known.

Yemen Collapsing, Government Needs to Be Established to Avoid Chaos - UN
UN chief Ban Ki-moon warned on Thursday of a rise in the number of al-Qaeda attacks in Yemen, and urged the reestablishment of legitimate authority in the country following a Houthi takeover earlier this year.

In January, the Houthi opposition group forced Yemeni President Abd Mansour Hadi and the Cabinet from power, creating a security vacuum in the country.