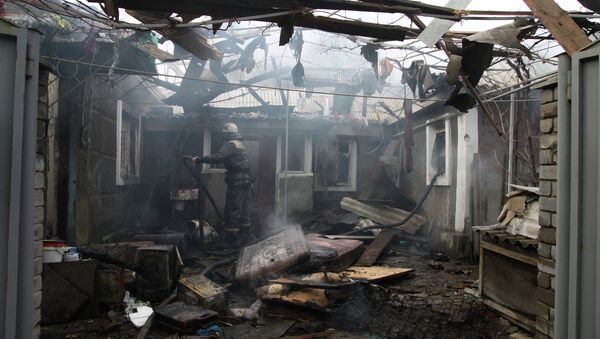 Ukraine crisis is a perfect example of how an armed conflict can morph into an “information war,” the USA Director for Reporters Without Borders said.

Obama Administration Charges Most Whistleblowers in US History - RWB
WASHINGTON (Sputnik) — Freedom of information has been one of the major casualties of the ongoing conflict in eastern Ukraine, the USA Director for Reporters Without Borders (RWB), Delphine Halgand, told Sputnik after presenting the 2015 World Press Freedom Index at the National Press Club.

“All parties involved in the Ukrainian conflict have tried to do everything they can to control the information. The TV and radio stations have been a target of Ukrainian and pro-Russian parties. Media and freedom of information is one of the victims of this war,” Halgand said on Wednesday.

The situation in Ukraine is getting worse because of the violence, according to Halgand, who described the situation as a perfect example of how an armed conflict can morph into an “information war.”

RT Correspondents Come Under Fire in East Ukraine
The 2015 World Press Freedom Index ranks the performance of 180 countries based on the degree of freedom that journalists, news media and internet citizens, referred to as “netizen”, enjoy, according to RWB press release.

RWB is an international nonprofit organization registered in France that defends freedom of information, and has consultative status with the United Nations.