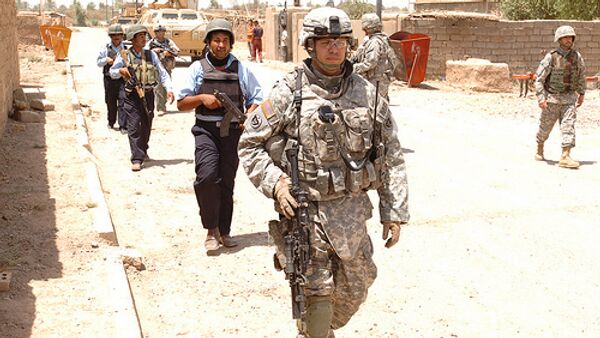 “I’m concerned about the breadth and vagueness of the ground troop limit language, the limitation against an enduring offensive in combat operations” Senator Kaine said.

The Virginia Democrat also said he is grateful the White House finally sent a draft AUMF to the US Congress, but acknowledged he has some concerns.

The language used by the White House prohibits the president from engaging the US armed forces “in enduring offensive ground combat operations.”

Hagel Urges US Congress to Authorize Military Force Against ISIL
“Enduring is also a term that is not defined, and so that raises some concerns,” Kaine added.

Congressman Schiff said he believes the White House intentionally drafted the authorization in order to be ambiguous.

Both lawmakers stated that in the coming days and weeks, the Congress will work with the Obama administration to address the concerns arising from the release of the draft authorization.

US operations against the Islamic State have been ongoing since August without official authorization by Congress. The Obama administration has relied on the 2001 and 2002 authorizations to use force to legally justify the operations. The draft AUMF the White House sent to Capitol Hill on Wednesday calls for repealing the 2002 AUMF that authorized the United States to overthrow the Saddam Hussain government in Iraq.