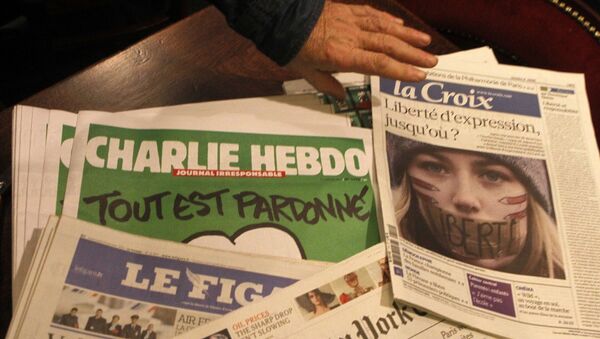 Deputy Assistant Director of Counterterrorism at the FBI Michael Steinbach said that the recent events in Europe re-emphasize that similar acts can happen in the United States.

Thousands of ISIL Terrorists May Return to US Without Visas - Official
WASHINGTON (Sputnik) — The recent wave of terrorist attacks in the Western countries are a reminder that similar acts can happen in the United States, Deputy Assistant Director of Counterterrorism at the FBI Michael Steinbach said in a statement before the US House Committee on Homeland Security.

“The recent events in Europe re-emphasize our need to remain vigilant in the homeland, as these small scale attacks are feasible within the United States,” Steinbach said in a statement on Wednesday.

Steinbach said that the FBI was concerned about the possibility of “homegrown extremists” becoming radicalized by information provided by terrorists available on the Internet.

Obama's Mission to Destroy ISIL Not Outlined in Proposed AUMF - Boehner
“Individuals inspired by foreign terrorist groups could be covertly arming themselves with expertise and tools to carry out an attack in the homeland. Community and world events may trigger one of these individuals to act,” Steinbach warned. “We remain concerned these types of events, which were widely broadcasted in the media, could inspire “copy cat” attacks.”

Most recently, Radicalized Muslims organized several terrorist attacks throughout Paris in January. The gunmen attacked the Charlie Hebdo editorial office on January 7. The next day, another gunman, believed to be associated with the Islamic State extremist group, shot a police officer dead near the French capital. The following day the same gunman killed four hostages in a Paris kosher food shop.

Over 15,000 foreign fighters, including many citizens of the United States and European countries, have travelled to Syria to join extremist groups since 2011, according to a UN estimate.