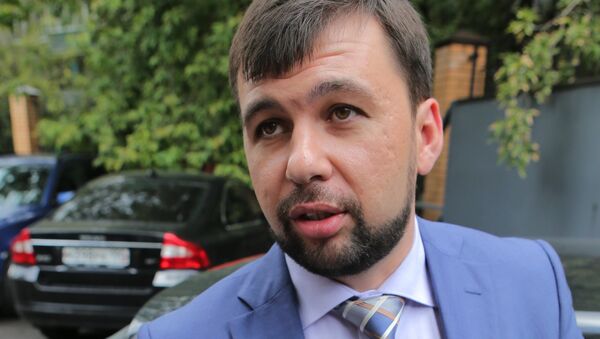 A political resolution to the conflict in eastern Ukraine will only be possible if Kiev refuses to join any military bloc, Donetsk People's Republic envoy to Ukraine Contact Group talks, Denis Pushilin, said.

"The all-encompassing political settlement of the DPR conflict with Ukraine is possible only if that country has a non-alignment status and will maintain neutrality toward any military bloc," Pushilin told RIA Novosti on the sidelines of the Contact Group meeting in Minsk.

NATO Membership for Ukraine Not Under Consideration: US Administration
The country’s non-alignment was outlined in a 2010 law signed by then-president Viktor Yanukovych. The legislation stipulated that Ukraine would not to be dependent on other states or international structures, and could not seek membership in military-political alliances.

Kiev authorities announced their decision to end Ukraine's non-alignment back in August, seeking to resume the country's course toward NATO membership.