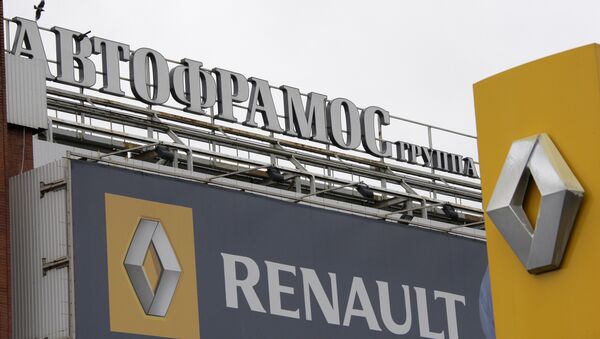 Car Sales in Russia to Drop by Up to 35% in 2015 - Forecast
The Renault car manufacturing plant in Moscow will suspend production in February for two to three weeks, newspaper Vedomosti reported Wednesday citing sources.

The plant will not operate from February 16 to March 6, a Renault representative confirmed. Among the main reasons behind the move, the sources named the ongoing decline in the Russian car market and moving part of the production to the AvtoVAZ factory.

Renault dealers, as quoted by Vedomosti, said they are unaware of the possible suspension of production. However, the move is predictable. According to them, Renault sales in Russia have been hurt by a dramatic surge in prices, more than 26 percent since September and improved performance by Korean companies.