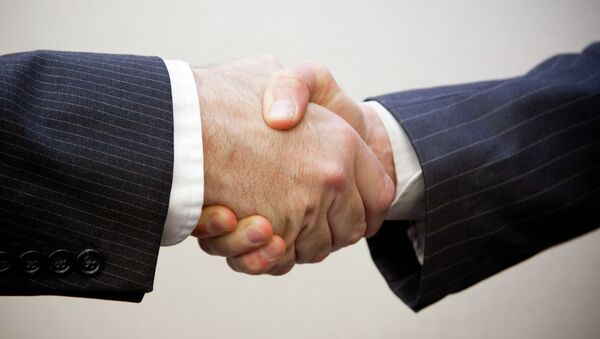 Apart from Vietnam, the Eurasian Economic Union is in talks with a number of other countries interested in signing a deal with the union.

The EEU was established in May 2014 by Russia, Belarus and Kazakhstan, with Armenia joining in October and Kyrgyzstan signing its accession treaty in December. The union guarantees the free flow of goods, services, capital and labor among its member states, and aims at establishing a single economic market from the European Union to China.

"The discussion of main provisions was completed in December. Discussion concerning the possibility of signing the agreement in the first of half of the year is currently underway," the press service representative said.

Apart from Vietnam, the EEU is in talks with a number of other countries interested in signing a deal with the union.

"Joint research groups are set up with Israel, with India and Egypt coming up next," the representative told Sputnik.

The EEC also confirmed the possibility of a free trade agreement with China but noted that talks with Chinese authorities were at a very early stage.

According to EEU Trade Minister Andrey Slepnev, the creation of a free trade zone between the union and Vietnam could increase the trade flow from the current level of $4 billion to $10 billion a few years after the agreement comes into force.