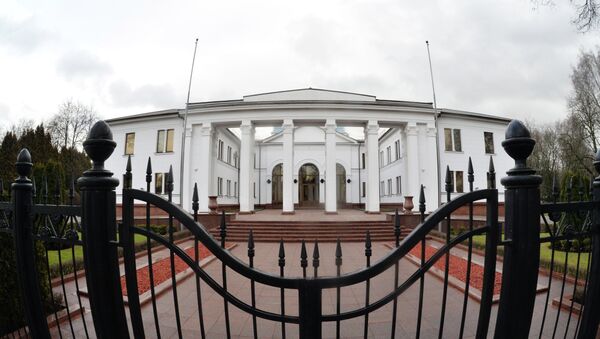 Contact Group talks on Ukraine crisis settlement is planned for Wednesday, however, the exact time of the meeting is not known yet.

“That’s correct, a meeting of the Contact Group is planned for today, the exact time is not yet known,” Maria Vanshina said.

The Contact Group on Ukraine, comprising representatives from Kiev, the self-proclaimed people’s republics of Donetsk and Luhansk, Russia and the Organization for Security and Co-operation in Europe (OSCE), met in Minsk in September 2014, which resulted in a breakthrough ceasefire agreement between the warring sides.

Poroshenko Heading to Minsk Talks to Call for Ceasefire, Start Dialogue
However, the ceasefire has been routinely violated, with both sides of the conflict blaming each other for the attacks.

The Contact Group met Tuesday for a new round of Ukrainian crisis settlement talks. The negotiations have been prolonged until Wednesday.

Later in the day, another Ukrainian settlement meeting is expected to take place in the so-called Normandy format, comprising the leaders of Russia, Ukraine, Germany and France.

Ukrainian reconciliation talks have been conducted in various formats, but none of the consultations has led to a long-term truce in eastern Ukraine.

Over 5,400 people have died in the military confrontation since April 2014, according to the United Nations. In January, the conflict intensified, driving up the civilian death toll.