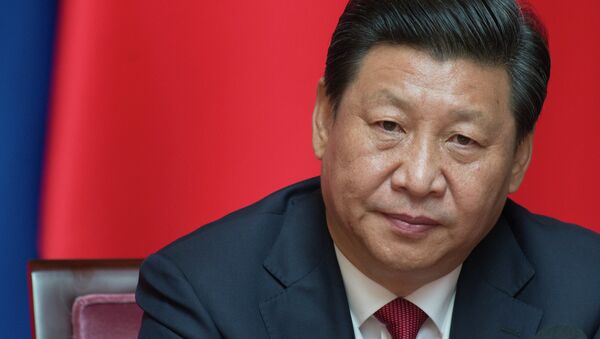 Xi Jinping reportedly to visit the United States in September and expected to hold talks on cybersecurity and relations in the Asia- Pacific Region.

China's ambassador to the United States, Cui Tiankai, said earlier in February that Beijing and Washington were holding negotiations to arrange Xi's visit to the United States later this tear. According to Cui, the recent contacts between the two countries on the top levels were successful and Beijing hopes to continue interactions this year.

China Unlikely to Join US-led Coalition Against ISIL
The two leaders are expected to hold talks on such sensitive issues as as cybersecurity and relations in the Asia-Pacific Region.

The White House said on Wednesday President Barack Obama and Xi Jinping during a telephone conversation discussed a number of issues related, in particular, to the cybersecurity, as well as Iran's nuclear program.

The last meeting between the two leaders took place in November 2014 during the Asia-Pacific Economic Cooperation (APEC) summit in Beijing.