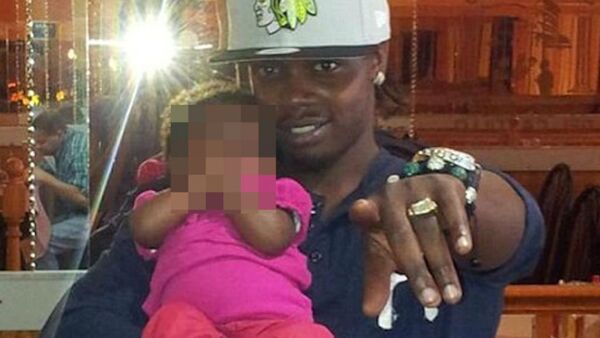 Peter Liang, who shot and killed 28-year-old Akai Gurley while he was standing in the stairwell of his Brooklyn housing project, will face criminal charges.

The grand jury that was convened Feb. 4 by Brooklyn District Attorney Ken Thompson has decided to indict the officer in the Nov. 20, 2014 shooting in the Pink Houses, the New York Daily News reports.

Charges include second degree manslaughter, which could carry a sentence of up to 15 years if Liang is found guilty. He will appear in court Wednesday.

“This is the first step in a fight for justice in this wrongful and reckless shooting of an innocent man,” Peter Rynecki, an attorney for Gurley’s family, told NBC news.

"The fact the he was assigned to patrol one most dangerous housing projects in New York City must be considered among the circumstances of this tragic accident,” said Lynch.

This decision comes after a grand jury in Missouri declined to indict an officer in the shooting death of unarmed black teenager Michael Brown in August, and another in New York City decided not to indict anyone in the death of Eric Garner, an unarmed black man stopped by police for selling loose cigarettes.

Those deaths brought attention to other black victims of police violence, and sparked protests across the country focusing on racism and police militarization.

On the night of the shooting, Gurley, along with his partner Melissa Butler, left his seventh floor apartment. Due to a broken elevator, they took the stairwell, which was darkened because of broken lights.

Liang and his partner Shaun Landau, who were both first-year officers, were performing a “vertical patrol” of the building — a practice that involves walking the hallways of public housing projects as a preventative measure against criminal activity. It later emerged that they had been specifically instructed by commanding officers, however, not to patrol the Pink Houses.

As Liang entered the dark stairwell on the eighth floor, he drew both his firearm and a flashlight. When he used the hand holding his weapon to open a door, a shot was fired striking Gurley below in the chest.  He managed to flee down two flights of stairs before collapsing, as neighbors called 911.

The officers, however, waited over six minutes before calling for medical assistance and did not answer calls from commanding officers who had been alerted to the 911 call. Instead, they texted their union representatives.

Gurley was pronounced dead at the hospital. He left behind a 2-year-old daughter.

At the time New York City Police Commissioner Bill Bratton had called the shooting “an unfortunate accident” and said Gurley was a “total innocent.”

The indictment of a police officer is a rare occurrence, and a conviction even rarer. According to a New York Daily News analysis of 179 deaths involving on-duty NYPD officers since 1999, only 3 resulted in indictments. Of those, only 1 resulted in a conviction, and that officer was not sentenced to jail time.