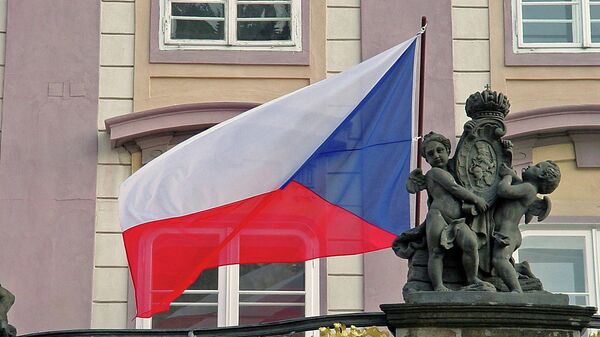 © Flickr / Bret Arnett
Subscribe
International
India
Africa
Amid rising anti-immigration sentiments which have been gripping the Czech Republic recently, a Czech lawmaker has suggested that the country welcome Ukrainian migrants to the country.

Some 1.3 Million Ukrainian Draftees Reside in Russia - Russian Official
Milan Sarapatka, a member of the Czech parliament and a representative of the right wing populist Dawn of Direct Democracy party would like to see the rise in the number of Ukrainian youth immigrating to his country.

Sarapatka told Radio Praha recently that given Ukrainians "European mentality" and "Christian culture," they would be much preferred by the country to immigrants and refugees from the Middle East or Asia.

"We are obliged to meet the challenge of immigration, rather than wait to see what the "winds of war" in the Middle East or some catastrophe in Asia brings us," Sarapatka explained. "For example, in Ukraine, there is an ongoing civil war. A lot of people need help. These people want to change their lives, and are willing to do so. So why then does the Czech Republic allocate to Ukrainian students only ten scholarships a year to study in our universities? We need specialists in many professions, people of the European mentality, of the Christian culture. Why then can't the government change the current system and to give Ukrainians not tens by thousands of scholarships?" In such a case, "we will receive from Ukraine a new, young, intelligent generation," the parliamentarian explained. "Then these people would come to know about the Czech Republic from the inside, to stay and live with us, to create their careers and future here."

Poland Faces Influx of Ukrainians Seeking Work, Residency, Refugee Status
Late last month head of Czech police services Tomash Tuhi reported that over the course of 2014, the Czech Republic had seen a dramatic increase in the number of immigrants without papers living in the country, nearly 20 percent of them from Ukraine. In 2014, nearly 5,000 foreigner citizens had been found living in the country without proper documents, among them about a thousand Ukrainians. In comparison, in 2013, only 670 undocumented persons were found without documents over the course of Interior Ministry checks.

Czech authorities believe that in connection with the continued conflicts around the world, including in the Ukraine, the number of undocumented immigrants will only continue to grow. Last month, Czech authorities noted their readiness to accept about 100-150 Volynsk Czechs believed to be caught in the conflict zone in Donbas.

With regard to the thousands of other Ukrainians who might seek to find safe haven in the Czech Republic, Minister of Internal Affairs Milan Chovanec noted that the country does not have the resources to absorb the immigrants, and that they their potentially large numbers could pose a "security risk" for the country.

World’s Biggest Muslim Society Slams Czech Republic Over ‘Islamophobia’
Ukrainian immigrants already enjoy a major presence in the Czech Republic. Of the country's estimated 434,000 immigrant citizens and persons with permanent status, about 105,000 of them are Ukrainians, making them the largest foreign ethnic group in the country, comprising about one percent of the population. By comparison, Slovaks, whose country was part of a united Czechoslovakia until 1993, number just 84,000. Most of the Ukrainians arrived in the 1990s.