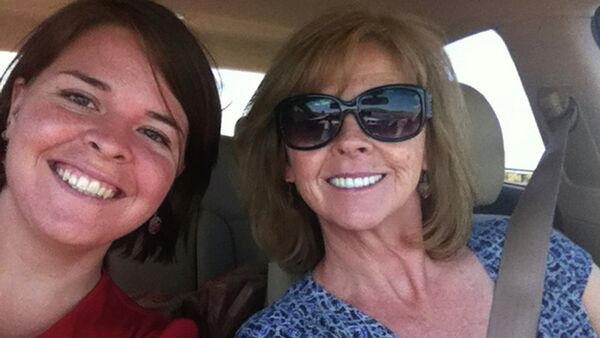 The family of Kayla Jean Mueller, an American woman taken hostage in 2013 and held captive by the Islamic State, said Tuesday it had received confirmation of her death.

Parents of Kayla Jean Mueller, the American aid worker taken hostage in 2013, have been notified of her death.

"We are heartbroken to share that we've received confirmation that Kayla Jean Mueller, has lost her life," a statement from the family reads.

The White House has issued a statement claiming the US will find and bring to justice those responsible for Kayla’s death:

"The United States will find and bring to justice the terrorists who are responsible for Kayla’s…death." —Obama pic.twitter.com/bqnFABLJcn

Mueller was determined to have died after her Islamic State captors reached out privately to her family over the weekend, a White House spokeswoman said.

"Over the weekend, the family received a private message from Kayla’s ISIL captors containing additional information," National Security Council spokeswoman Bernadette Meehan said. “Once this information was authenticated by the intelligence community, they concluded that Kayla was deceased".

Last Friday, a website associated with the so-called Islamic State terrorist organization announced that Mueller was held in one of the buildings hit by Jordanian fighter jets. The group said that the Arizona native was killed after being buried in the rubble of a building targeted by a Jordanian airstrike in Raqqa, Syria.

"I have a lot of fight left inside of me. I am not breaking down and I will not give in no matter how long it takes, Mueller wrote in a letter sent while she was held captive by the Islamic State militants.

"I remember mom always telling me that all in all in the end the only one you really have is God. I have come to a place in experience where, in every sense of the word, I have surrendered myself to our creator b/c literally there was no else….+ by God + by your prayers I have felt tenderly cradled in freefall."

A sign for #KaylaMueller in the street near city hall in Prescott, AZ. Mueller's family is "staying strong." pic.twitter.com/cNGCReWKY7