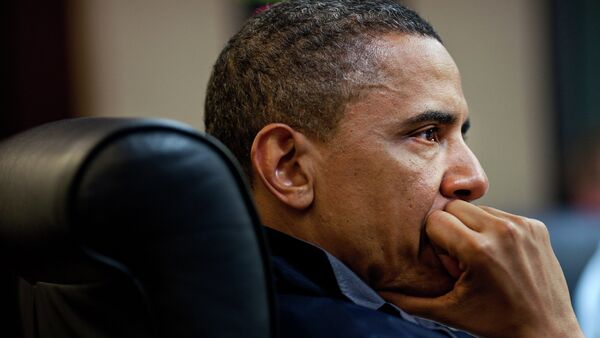 "We could not be doing this [nuclear negotiations], were it not for the incredible cohesion and unity that’s been shown by… the P5+1, which I should acknowledge includes Russia. This is an area where they have actually served a constructive role," Obama said.

Parties to Iran Six Talks Must Avoid Pursuing 'Unilateral Benefit' - Putin
The international community has long suspected Iran of developing a nuclear weapon under the guise of a civilian nuclear program, while Tehran claims its program is peaceful.

In November 2013, Iran and the P5+1 group, which includes China, Russia, the United States, the United Kingdom, France and Germany, started negotiations on an agreement that would guarantee the peaceful nature of Tehran’s nuclear program in exchange for the lifting of sanctions on Iran. The talks resulted only in an interim agreement.

At November 2014 talks in Vienna, the negotiating parties again failed to work out a comprehensive deal, instead extending negotiations for a political deal by March and a final technical deadline for reaching an agreement to July 2015.