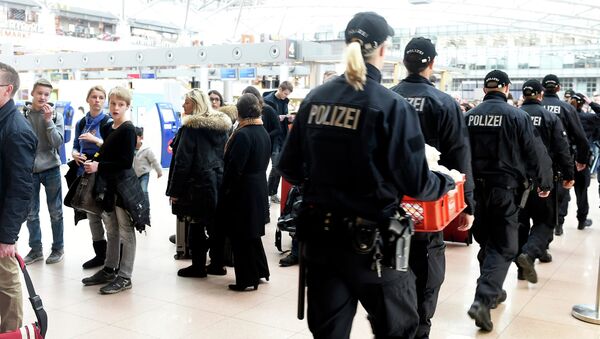 © REUTERS / Fabian Bimmer
Subscribe
Germany’s Hamburg Airport was closed due to a 24-hour strike by security staff members, there are security personnel strikes also at airports of Stuttgart and Hanover.

“We are closing the airport’s terminals as it is too overcrowded. Passengers are advised not to come to the airport. Please, contact the airlines,” the airport posted on Twitter.

At least 40,000 passengers were affected by the strike, as about a quarter of flights were cancelled and many others hit by long delays.

Two German Airports Cancel 250 Flights Due To Security Services Strike
Security personnel at Stuttgart and Hanover are also on strike today. As a result, up to 80,000 passengers will be affected in Hamburg, Stuttgart and Hannover. According to reports, about 40,000 people will suffer from cancellations and flight delays, with checkout lines stretching for more than four hours.

The trade union is demanding a  salary raise for security workers in the Federal state of North Rhine-Westphalia. In Particular, they want a pay rise for workers who conduct pre-flight security checks on passengers and luggage of between 70 cents and 2.50 euros per hour ($0-79 — $2.83 US).

Services at German airports have been affected by several strikes in the past few months. In late 2014, German carrier Lufthansa’s pilots protested against proposed changes in company's retirement package.