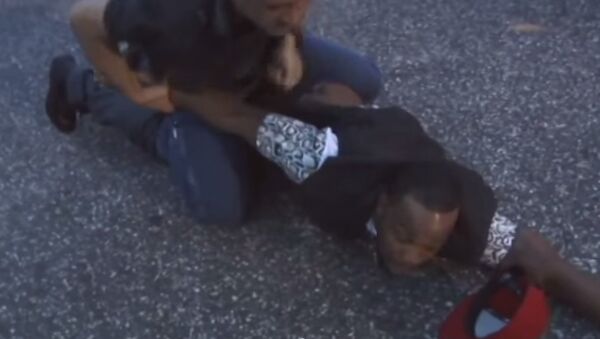 © Ampedin
Subscribe
Charges have been dismissed in the famous “Arizona Iced Tea Case,” in which a rapper and former Army sergeant was arrested for drinking a can of the sweetened beverage.
A video of the incident in which Christopher Lamont Beatty was accosted by an out-of-uniform officer went viral seeing as many as 2 million views. In the video, officer Rick Libero walks up to Beatty who just got out of his car in a parking lot and asks to “see” Beatty’s beverage. Rather than hand it over, Beatty showed him the can and pointed to the label to show it was not alcohol.

However, Libero was not satisfied and kept demanding to “see” the can, reaching for it. After Beatty appeared to accept that the can did not contain alcohol, he accused Beatty of trespassing. Beatty told Libero he intended to go into the liquor store but was waiting for other people so he was not trespassing. Libero then instructed Beatty to put his hands behind his back. Instead Beatty kept his hands up and Libero pulled him down to the ground by the neck and then placed him in handcuffs.

Cop Holds Teens at Gunpoint Over Snowball-Fight (VIDEO)
Beatty was charged with trespassing and resisting arrest but he fought the charges, receiving support from those who saw the video and questioned whether the arrest was constitutional since the officer did not have a reason to charge him to begin with.

Libero told a court that Beatty handled the can “suspiciously,” making many wonder how one can suspiciously hold a drink. In the Beatty does not appear to be slurring his words or, in any other way, appear to be drunk. Beatty had also held the can a few inches from Libero’s face giving the officer a chance to smell whether it contained alcohol. It was later determined that the drink was, indeed, Arizona brand sweetened ice tea.

Beatty’s lawyer, Allen Rogers, said Libero based the stop on “no more than a hunch.”

Baltimore Cop Beats Teen With Baton, Pepper Sprays Her Friends (VIDEO)
"It was an investigative stop, your honor," Rogers said. "This is a former soldier, and there's no history of anything like that."

After nearly two years of delays, the case was finally resolved with the charges just dropped. Cumberland County District Court Judge Lou Olivera agreed with Beatty’s defense motion to dismiss the case based on a lack of reasonable suspicion for the stop. Olivera noted that the lack of reason for the stop meant that any crime Beatty was charged for — such as trespassing — was voided out by the “fruit of the poisonous tree” argument. That legal theory that says any evidence collected as the result of an illegal stop and search is inadmissible.

The Fayetteville Observer reported that, outside the courtroom after the dismissal, Rogers jokingly offered Beatty a can of Arizona Ice Tea but Beatty refused to take it.

"There's too many cops around here now,” Beatty said.