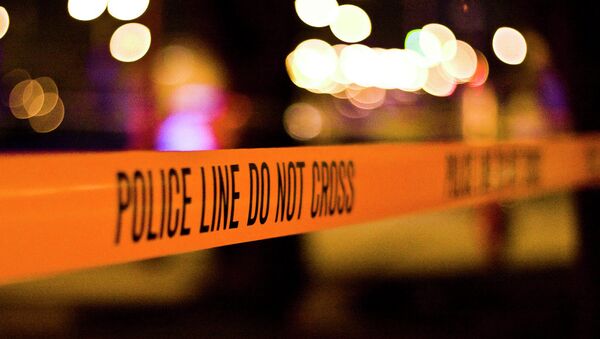 Police in Pennsylvania have announced the arrest of a teenage boy in connection with a triple shooting on Saturday evening.

Pennsylvania Shooter Found Dead Near Home in Pennsburg
Police have arrested a 17-year-old who is suspected of shooting three people at a mall in the eastern suburb of Monroeville, Pennsylvania, only one of whom he intended to target, AP reports.

The teenager was arrested in the early hours of Sunday morning and is being held on charges of "aggravated assault, attempted homicide and recklessly endangering other people," the agency reports.

Monroeville Police Chief Douglas Cole said that two men and one woman were shot in the incident, which happened at around 7:30 p.m. on Saturday evening in the shopping center. The spokesman said that the two men, one of whom was the intended target, were in a critical condition in hospital, and the woman's condition was stable.

The gunman had initially managed to evade capture after the shooting, despite increased security which had been placed at the mall in the aftermath of multiple fights which broke out there in December between hundreds of young people who showed up at the shopping complex, the Pittsburgh Post-Gazette reported. Jesse Miller, a spokesman at Pittsburgh’s Forbes Hospital where the victims are being treated, said the trauma unit there was on lockdown while the suspect was at large.