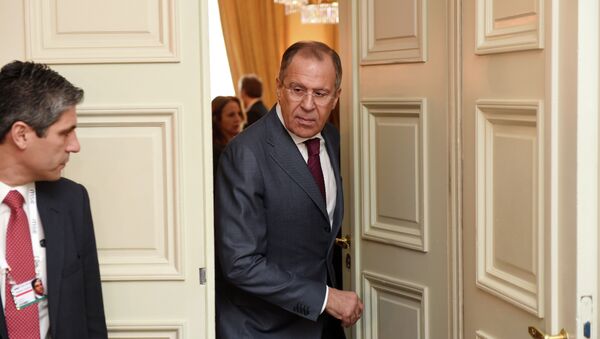 The vast majority of European politicians believe that supplying Kiev with weapons is a bad idea that can only escalate the Ukrainian crisis, Russia’s Foreign Minister Sergei Lavrov said at the Munich Security Conference.

“If by disagreement one means the issue of arms deliveries to Ukraine, then the vast majority, if not all European politicians believe this to be a bad idea. An idea that can only escalate the deep Ukrainian crisis,” Lavrov told reporters at the Munich Security Conference.

The US Congress has recently called for the provision of lethal assistance to Kiev-led forces, which have fought independence supporters in eastern Ukraine since April last year.

Speaking at the Munich Security Conference earlier this week, German Chancellor Angela Merkel ruled out any possibility of weapon supplies to Ukraine, stating that this would not help solve the crisis. Other European states, including Finland, France and Italy have also rejected the idea.

Addressing recent talks on Ukrainian conflict settlement between the leaders of Russia, France and Germany, Lavrov stated Sunday that speculation about possible weapons deliveries would fail to thwart the reconciliation efforts.

"Attempts to speculate on the issue of arms deliveries to Ukraine, including the calls from the Ukrainian authorities, will fail to undermine efforts carried out within the framework of the Normandy format, taking into account the recent meeting in Moscow," Lavrov said at the sidelines of the Munich Security conference.