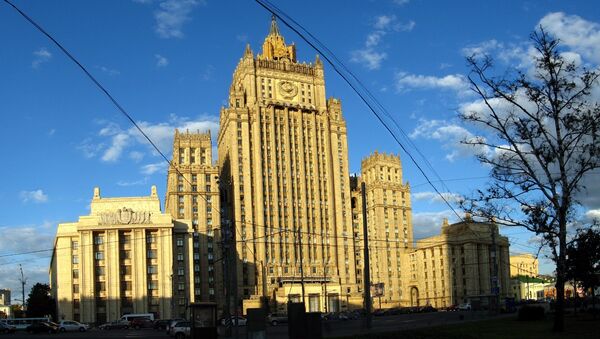 Russian Ministry of Foreign Affairs stated that Russia and the United States consider a dialogue on constitutional reform an integral condition of achieving peace in Ukraine.

On Saturday Russia's Foreign Minister Sergei Lavrov and US Secretary of State John Kerry held a meeting within the framework of the Munich Security Conference.

“Russia and the United States proceed from [the fact] that launching an overall nationwide dialogue on constitutional reform is an indispensable condition of achieving stable and just peace in Ukraine,” the ministry said in a statement.

Lavrov and Kerry stressed there was no alternative to a political settlement of the crisis in Ukraine.

During the meeting, US secretary of state expressed his support of talks on the Ukrainian conflict between Russian President Vladimir Putin, German Chancellor Angela Merkel and French President Francois Hollande held in Moscow on Friday.

The conflict in southeastern Ukraine escalated in the first weeks of January, despite a ceasefire signed by the parties in September 2014.

According to the UN estimates, over 5,000 people have been killed in Ukraine since the beginning of the clashes in April 2014.