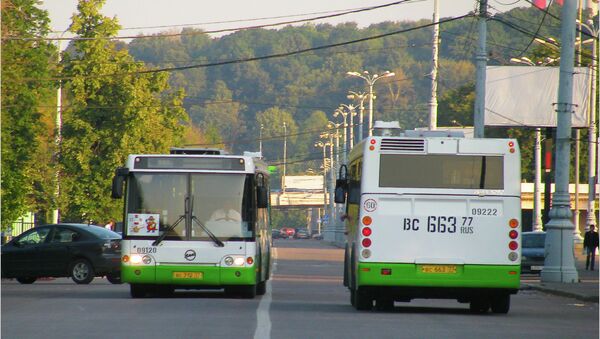 © Wikipedia / New russian
Subscribe
International
India
Africa
Moscow's public transit authority is testing a new electric trolleybus with storable trolley poles which can travel without a charge for up to 200 kilometers.

Developed for use in historical areas of the city where trolley wires would look out of place, the LiAZ (Likino Bus Plant) creation features trolley poles with automatically disconnect from the electric charge and hide themselves, then rise and reattach themselves when the electric circuit is again available. During current-free travel, the bus uses internal lithium ion batteries for power, Moscow's M24 explained.

Mosgortrans head Evgeny Mikhailov explained the rationale behind the city's plans to experiment with the new vehicles: "This electric bus will travel along the street network in Moscow, to see how it works in real-world conditions. I think that three months will be enough time to understand all its advantages and weaknesses," the executive said, information agency Moskva explained.

The experiment will be carried out over a three month period, without passengers, before the city decides whether to introduce it for public use. 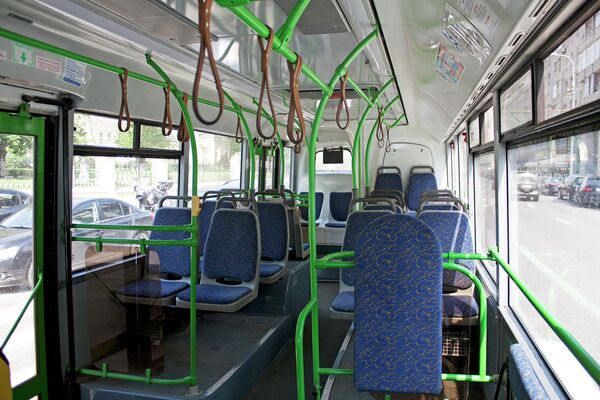 The electric bus to be used in the experiment, first developed by LiAZ in summer 2012, features 'Liotech' lithium-ion batteries, and a three-phase 180 kilowatt asynchronous motor. It has a maximum speed of 80 kilometers an hour, up to 200 kilometers traveling distance without a charge, and can carry up to 90 passengers.

Russia
Moscow Metro Testing Subway Trains Which Will Run on Autopilot
Mikhailov explained that the experiments with the new bus are being conducted in case city authorities decide that the trolley wires ruin the historical view of the streets. The city may order at least 20 trolleybuses of this type for routes in the city's historic center-east and center-south, Russia's M24 explained.

Russia has a long and proud history of operating trolleybuses. The vehicles operate in 85 Russian cities. Moscow features the largest trolleybus network in the world, with 104 routes, 8 depots and over 1,700 buses.