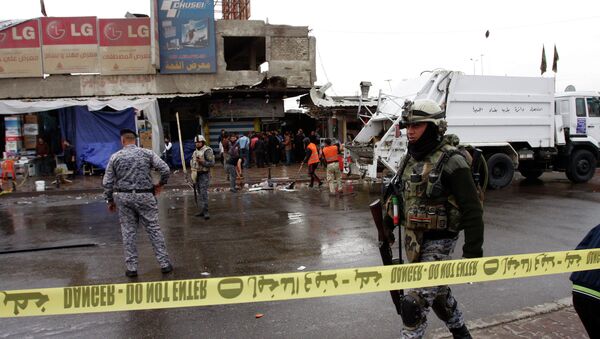 As Baghdad prepares to lift its decade-long curfew, attacks on commercial districts kill dozens across the city.

Double Explosion in Baghdad Market Kills Over 40
At least 37 people were killed and 86 were wounded as a result of multiple bombings across Baghdad, AFP reported on Saturday.

The first bombing took place on a market street in the New Baghdad district, where at least 22 were killed and more than 30 were injured, according to Reuters.

The second bombing struck a restaurant in the Sharqa market district, killing at least 11 and wounding at least 26, as two devices were set off 25 meters from each other, according to AP.

A third bombing in a Shia neighborhood is reported to have killed at least four and wounded at least seven, according to the agency. 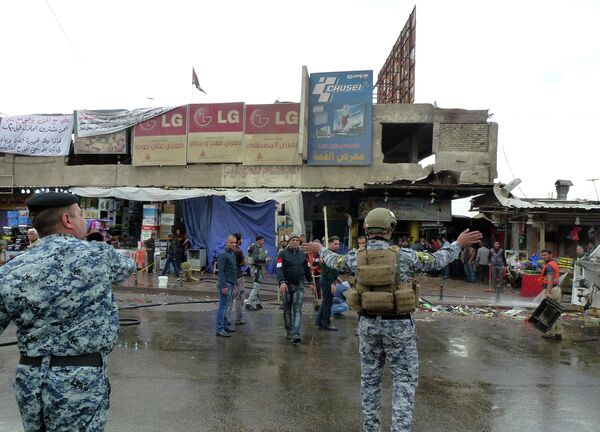 Iraqi police clear pedestrians of a street after a suicide bomber detonated explosives inside a restaurant in Baghdad al-Jadida, east of the capital, on February 7, 2015
© AFP 2022 / SABAH ARAR

The incident follows twin bombings on Baghdad restaurants on January 25, which killed 15 people and a market bombing on January 30 in which at least 44 were killed.

The prime minister has sent an order instructing the city’s law enforcement authorities to lift the curfew on Saturday, according to the news outlet.

The curfew was imposed by Baghdad authorities in the wake of growing tensions in the city due to constant terrorist attacks in the capital.

IS Violence Claims Over Thousand Lives in Iraq in January
The curfew's hours have been changing over the years, but the previous order saw it being enforced from midnight to 05:00 a.m.

According to the United Nations Assistance Mission for Iraq (UNAMI), 1375 people were killed in January 2015 as a result of extremist violence in Iraq. The situation is considered to be the most dire in Baghdad, where 256 civilians were killed and over 700 were injured, United Nations representatives noted.