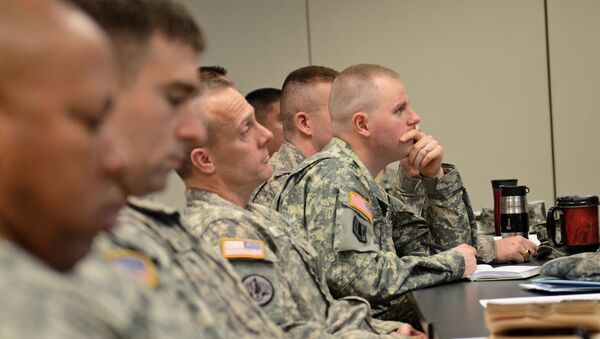 WASHINGTON (Sputnik) — Two US Senators have introduced a bill that would require the Pentagon to enroll all sex offenders who are convicted under military law in a national registry, according to a statement by Senator Richard Burr’s press-office.

Though civilian sex offenders are automatically enrolled in the national registry, offenders convicted under military law are only required to self-register upon release from custody, according to the statement.

The bill proposed by Senator Burr and Senator McCaskill would force the Defense Department to register offenders directly with the FBI national crime database upon conviction or before release, according to the statement.

The bill comes after an investigation by the Defense Department’s Inspector General found that some military sex offenders had failed to self-register with authorities.

“The inability to register sex offenders before release from military confinement enables offenders to evade registration,” the report said.

This allowed offenders to continue their crimes upon release, Burr said.

“Congress should act swiftly to send this legislation to the President’s desk before another predator exploits this loophole and strikes again,” according to senator's statement.

Sixty-two percent of active-duty military women who reported sexual assault offenses to the military said they faced professional or social retaliation, according to RAND.