US Plans to Export Up to 65% of Liquefied Natural Gas 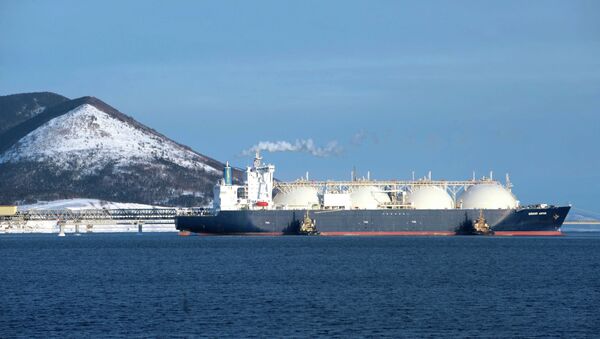 According to a senior official at US State Department Bureau of Energy Resources, the United States plans to send up to 65 percent of its gas overseas.

After building additional LNG export terminals, the country plans to send up to 65 percent of its gas overseas, Deputy Assistant Secretary for Energy Diplomacy, Robin Dunnigan, told the Latvian LNT television channel, adding that part of the exports will go to Europe and part to Asia, with further routings to be determined by market needs.

Dunnigan, who is currently participating in the Energy Union conference in Riga, underscored that Europe is interested in diversifying gas suppliers. He suggests that LNG deliveries from the United States, set to begin later this year, is one possible alternative for the region.

US Congress Bill to Expedite Liquefied Gas Exports Unnecessary
Russian gas deliveries remain of great importance for Europe, but more sources of gas production and more ways to deliver it benefit everyone, she said.

Europe is heavily dependent on Russian energy resources, as Russia remains the European Union's largest sources of energy imports, accounting for approximately 32 percent in 2012, according to the European Commission.

Following the recent boom in US oil and natural gas production, which has resulted in foreign export contracts, the US Department of Energy (DOE) authorized a number of new LNG export terminals across the country. According to the DOE estimates, US LNG exports will begin in 2016.