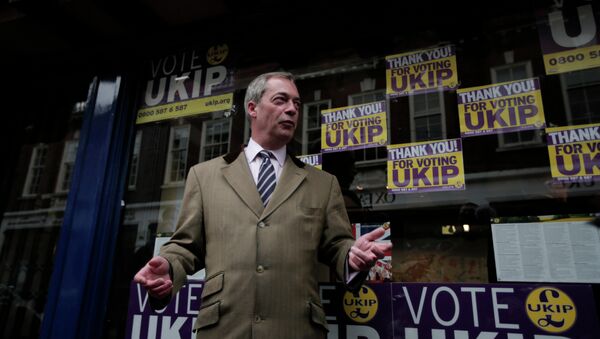 Nigel Farage was due to cut a ribbon outside his party's campaign office in Labor-run Rotherham, which is one of its main targets in the upcoming May general election.

The visit was tied to the Wednesday resignation of Rotherham Council's cabinet over its shortcomings in investigating child sex abuse cases.

According to British media reports, around 40 protesters rallied outside the UKIP office, shouting that Farage was not welcome in the town. The UKIP leader was blocked inside the building and only ventured outside later, escorted by police officers.

The standoff came two days after a government commission's report accused Rotherham Council of failing to protect children from sexual exploitation, after an inquiry found last year that 1,400 girls had been abused in the town from 1997 to 2013.