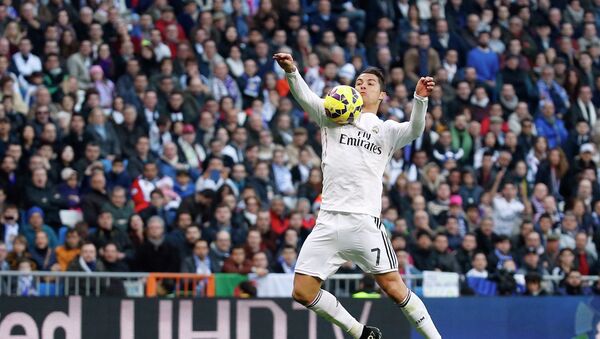 A fan of Real Madrid and still undecided about your major at university? Have no fear and take a sociology degree that focuses on Cristiano Ronaldo.

The University of British Columbia (UBC) in Canada is now offering a sociology degree that focuses on Cristiano Ronaldo and the cultural phenomenon around him, Bleacher Report says.

Now you can have phd on rolando #Ronaldo #canada

“Ronaldo is the center of every discussion, class meeting revolves around Ronaldo initially. And then we explore, we broaden out to larger themes.” – said Professor Luis Aguiar.

Cristiano Ronaldo is arguably the best football player on the planet. The 30-year old Portuguese superstar has already scored 44 goals in total since the start of 2014/2015 season.

Good to know most of my students in course on CR7 know he won ballon d'or yesterday!

The UBC is one of the oldest universities in Canada and enrolls over 58,000 students at its campuses in Vancouver and Okanagan Valley. The UBC is ranked 30th in the world (second in Canada), according to US News & World Report’s 2015 university rankings. The UBC has rich academic history: its alumni received seven Nobel Prizes and 67 Rhodes Scholarships.