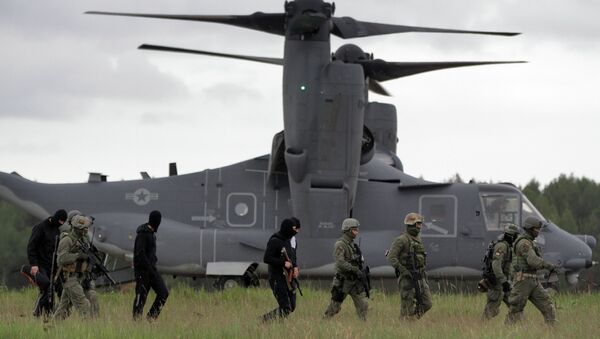 "NATO deploys forces on the border with Russia. Another madness after economic sanctions: war is not a game," he tweeted.

Russia to Give ‘Adequate’ Response to NATO’s Expansion
On Thursday, the defense ministers of NATO member-states agreed to set up six new command and control centers in Bulgaria, Estonia, Latvia, Lithuania, Poland and Romania and more than double the size of its response force from 13,000 to 30,000.

NATO's growing presence in Eastern Europe has been the subject of geopolitical tensions, with Russia having expressed growing concern over the buildup of NATO forces along its western border.

NATO, which has accused Russia of being involved in the Ukrainian crisis, claims that the expansion is aimed at protecting its member-states and allies.