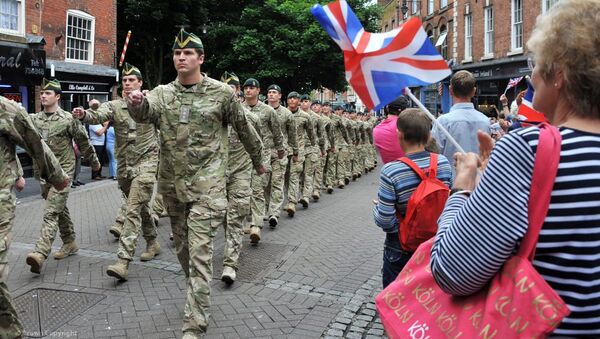 The British Army is making an active push to try and recruit more Muslims, in an apparent attempt to counter the rise of radicalisation, which has seen young British Muslims leave the country to fight alongside terrorist groups in the Middle East.

It's thought that the recent recruitment of young Brits — rumoured to be as many as 2000 — who have gone to fight with groups such as ISIL and al-Shabaab has triggered the campaign to promote more Muslim engagement in the army, along with the fallout from the Charlie Hebdo shootings in Paris.

Despite efforts to increase diversity in the armed forces, the number of Muslims in the army remains quite low, with estimates suggesting that Muslims make up 0.5 per cent of the defence force, but account for 4.4 per cent of the general British population.

This follows comments from British MP Khalid Mahmood, who estimated that there are twice as many British Muslims fighting with ISIL than in the UK's armed forces.

"One of the most senior Muslims in the army, Imam Asim Hafiz, Islamic adviser to the chief of staff, said… http://t.co/k4u8K7GSpi

Imam Asim Hafiz, an Islamic advisor to the British Ministry of Defence has previously encouraged more Muslims to join the army's ranks, saying that joining the defence forces does not compromise Islamic principles, and noted that British Muslims could be good soldiers.

Mr. Hafiz moved to counter suggestions that participating in military activity against fellow Muslims would be a betrayal of the Islamic faith, with many within Britain's Muslim community widely critical of overseas military interventions in Afghanistan and Iraq.

To join the British army you have to take an Oath of Allegiance. Will muslims take an oath to put Britain before Islam?

He admits that the British army's intervention in the Middle East has had a negative impression on many within Britain's Muslim community, saying that conflict has been misinterpreted among the community as an attack on Islam.