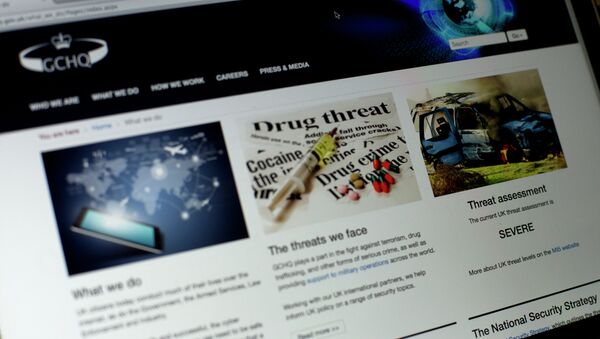 British intelligence agency GCHQ has been found guilty of unlawfully accessing the private communications of millions of people, a UK tribunal has found.

GCHQ's access to the intercepted information, which was originally collected by the US National Security Agency (NSA) was found to be against human rights laws, according to the Investigatory Powers Tribunal (IPT).

Illegal snooping by GCHQ. It's not the longest judgement in the world. But it couldn't be clearer pic.twitter.com/oIq5k2a8C5

The tribunal ruled that there was a lack of transparency in regards to the intelligence sharing operation between the two entities, with the IPT ruling that the actions, which were in place from as early as 2007 until December 2014, were unlawful.

The ruling is significant as it is the first time that the tribunal has found a British intelligence agency guilty of a breach of law.

And without Snowden, we would never have known that GCHQ was engaged in such widespread illegality at all.

Lack of Transparency with Information-Sharing

Rather than being found guilty of its own surveillance of information, the ruling has found that GCHQ wasn't transparent enough in relation to the information that it received form the NSA through an intelligence-sharing arrangement.

Presumably, this means that ANYONE — in the world — can ask IPT to see if GCHQ illegally accessed their comms, and get deleted!

However, this ruling has found that the agency was in breach of human rights law prior to publicly revealing the sharing arrangement.
Civil liberty groups such as Privacy International and Liberty brought the case forward.

James Welch, Legal Director for Liberty, was pleased with the ruling, but warned for further action against the agency in relation to its surveillance techniques.

"We now know that, by keeping the public in the dark about their secret dealings with the National Security Agency, GCHQ acted unlawfully and violated our rights. That their activities are now deemed lawful is thanks only to the degree of disclosure Liberty and the other claimants were able to force from our secrecy-obsessed Government.

"But the Intelligence Services retain a largely unfettered power to rifle through millions of people's private communications — and the Tribunal believes the limited safeguards revealed during last year's legal proceedings are an adequate protection of our privacy. We disagree, and will be taking our fight to the European Court of Human Rights."

"The only reason why the NSA-GCHQ sharing relationship is still legal today is because of a last-minute clean-up effort by Government to release previously secret 'arrangements'. That is plainly not enough to fix what remains a massive loophole in the law, and we hope that the European Court decides to rule in favour of privacy rather than unchecked State power."

However, GCHQ officials have played down the significance of the ruling, saying that it focuses on a "discrete and purely historical issue" which has since been been updated and complies with legal requirements.

"We are pleased that the court has once again ruled that the UK's bulk interception regime is fully lawful. It follows the Court's clear rejection of accusations of 'mass surveillance' in their December judgement," a spokesperson said.

"By its nature, much of GCHQ's work must remain secret. But we are working with the rest of the government to improve public understanding about what we do and the strong legal and policy framework that underpins all our work."