US Surgeon General: Marijuana Can Be Helpful 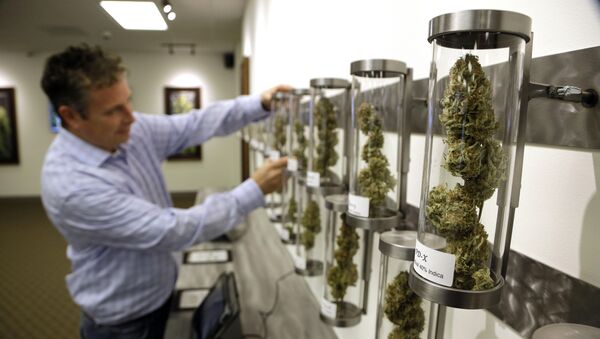 Murthy was being interviewed Wednesday on "CBS This Morning" about the recent measles outbreak when the questioning turned to his stance on marijuana legalization.

"We have some preliminary data that for certain medical conditions and symptoms, that marijuana can be helpful," said Murthy, the youngest US surgeon general ever. “We have to use that data to drive policy making.”

Murthy did not take the opportunity to endorse marijuana legalization for medical or recreational purposes, saying that the country will have to wait to see what scientific research reveals about the drug’s effectiveness.

"I think we're going to get a lot more data about that," he said. "I'm very interested to see where that takes us."

Murthy’s comments contradict federal law, which currently classifies marijuana as a Schedule I substance, a category reserved only for those for drugs with “no accepted medicinal use.” Other Schedule I drugs include heroin and LSD.

Despite the federal ban, 23 states and the District of Columbia have legalized marijuana for medical conditions including multiple sclerosis, glaucoma, epilepsy, and a host of cancer-related symptoms. At least two more states are expected to consider medical marijuana laws by next year.

After it was leaked that the White House was likely to nominate him, Gupta took himself out of consideration for the position, saying he didn’t want to give up being a practicing neurosurgeon.

In January, the American Academy of Pediatrics asked the Drug Enforcement Administration to reclassify marijuana as a less-harmful substance in order to research its potential medical use.

Wednesday evening, the Department of Health and Human Services issued the following statement attributed to Murthy:

“Marijuana policy — and all public health policies — should be driven by science. I believe that marijuana should be subjected to the same, rigorous clinical trials and scientific scrutiny that the Food and Drug Administration (FDA) applies to all new medications.

“The Federal Government has and continues to fund research on possible health benefits of marijuana and its components. While clinical trials for certain components of marijuana appear promising for some medical conditions, neither the FDA nor the Institute of Medicine have found smoked marijuana to meet the standards for safe and effective medicine for any condition to date.”