US Military Assistance to Ukraine May Expand Bloodshed 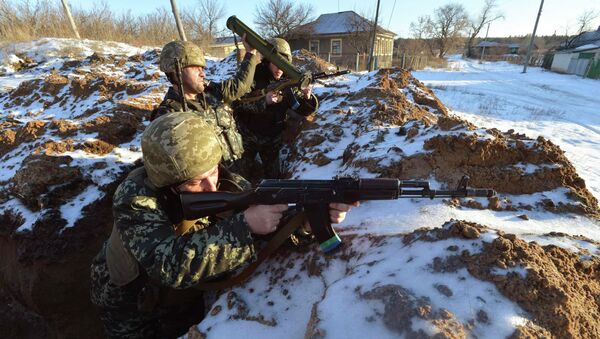 White House Secretary Josh Earnest said that the US' provision of lethal military assistance to Ukraine might lead to expanding bloodshed in the country.

“One of the concerns that we have about providing military assistance, as it does contain the possibility of actually expanding bloodshed, and that’s actually what we are trying to avoid,” Earnest said.

Earnest added that the United States regularly reevaluates its strategy used to settle the ongoing conflict in eastern Ukraine.

Germany Says Moscow Talks on Ukraine to Be Based on Minsk Protocol
The US President Barack Obama has indicated the desire to work closely with European allies on the issue.

“The president [Obama] takes very seriously views of our allies and he is going to consult very closely, as we evaluate any needed strategic changes ahead,” Earnest said.

US to Avoid Military Confrontation With Russia Over Ukraine Crisis

The conflict in Ukraine will not lead to a military confrontation between the United States and Russia, White House Secretary Josh Earnest stated.

“The President noted that this conflict was not going to rise to the level of military confrontation between the United States and Russia. The President has been very clear about that,” Earnest said.

Merkel, Hollande Leave Poroshenko's Executive Office After Talks
Earnest remark came in response to a question regarding the risks of escalation or a proxy war should the White House approve sending lethal aid to Ukraine.

Deputy National Security Advisor Ben Rhodes, however, announced earlier that supplying weapons to Ukraine is not the way to end the crisis.

On Thursday US Senator John McCain, along with other members of the Senate Armed Services Committee said that the United States should provide Ukraine with defensive lethal assistance and that the committee would work on a new legislation to call for the action.