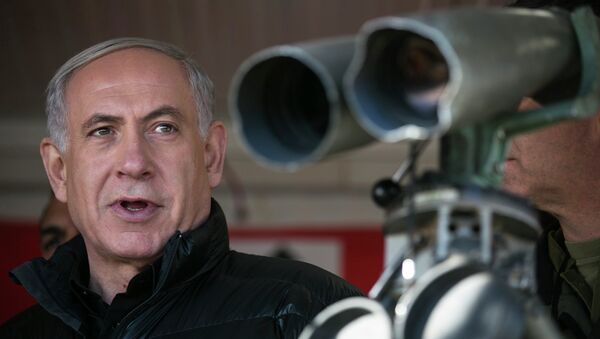 © AP Photo / Baz Ratner
Subscribe
International
India
Africa
Israeli Prime Minister Benjamin Netanyahu’s impending speech to a joint session of Congress has caused waves from the moment it was announced right up to Thursday, and the address is still almost a month away.

The Israeli foreign ministry said Thursday it had called home the country’s ambassador to Switzerland and a diplomat in India to face discipline over critical comments they made about Netanyahu, the Guardian reported.

A third employee, who works at the Foreign Ministry in Jerusalem, is to face disciplinary action for the same reason, the Jerusalem Post reported.

“Every time one thinks Netanyahu has taken the relationship with the White House to the lowest point ever, he manages to take it even lower,” tweeted Haaretz newspaper writer Barak Ravid, citing criticism of Netanyahu’s accepting the controversial invitation to address Congress over Iran’s nuclear policy.

News site NRG reported that Assaf Moran, political counsellor at the embassy in Delhi, had retweeted a comment from blogger Moshe Gaon saying Netanyahu’s policy was “to do anything rather than talk about social issues.”

None of the three men had active Twitter accounts on Thursday.

Former ministry director-general Alon Liel said that for a diplomat of any country to publicly criticise government policy was a grave offense.

Democrats Threaten to Boycott Netanyahu’s Speech to US Congress

“I think it’s an international norm that a diplomat representing his country doesn’t publicly contradict its foreign policy,” he told public radio.

“I think that what the ambassador to Switzerland did was virtually an act of resignation; he knew exactly what the consequences would be,” said Liel, who described himself as a friend of Caspi’s for 40 years.

The critical comments from the three diplomats reflect a wider exasperation with Netanyahu, who critics say is polarizing opinion on Israel and endangering its long-standing bipartisan support in the US, the Washington Post reported.

The move infuriated the Obama administration, which has clashed with Netanyahu over the years, even though the two leaders’ countries have historically been strong allies.

The prime minister’s speech is scheduled for March 3, just two weeks before he fights to keep his job in an Israeli general election.